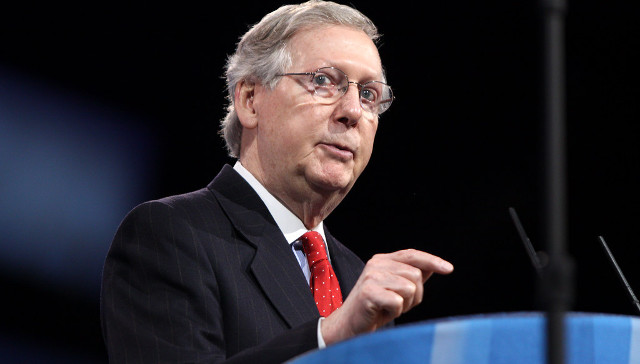 There is little doubt that the GOP is in the midst of a fairly tense civil war, particularly given the political calculus in play over the next 3 years.

Many are predicting that the inability of the Biden administration to accomplish much of anything will likely deliver the House and Senate squarely to the Republicans in the 2022 midterms.  This will then make the 2024 presidential election all the more crucial, especially as it appears quite likely that Donald Trump will be involved in that affair.

And so the battle lines are being drawing deep within the bowels of the GOP, and Mitch McConnell just made one of the first big fundraising move in the covert conservative conflict.

Cheney, who is no longer recognized as a Republican by the Wyoming GOP, has received a campaign contribution from the Senate GOP leader, McConnell told Axios. When asked if he will hold a fundraiser or other campaign event with Cheney, McConnell redirected the conversation back to his lane of Senate business.

This appeared to be a fairly succinct shot at the MAGA Movement.

McConnell and Cheney apparently believe the Wyoming member may lose her seat to Trump-endorsed Harriet Hageman, a strong threat to the establishment Republican order in Washington, DC. With Hageman catching momentum heading into the August 16 GOP primary, former President George Bush has also donated the legal maximum amount to Cheney. McConnell and Bush are joined in their support of Cheney by failed presidential candidate Mitt Romney (R-UT). In March, Romney delivered a speech at a closed fundraiser for the embattled Cheney.

The move will surely send reverberations throughout the already raucous right wing of the Republican Party, where folks like Marjorie Taylor Greene and Lauren Boebert will certainly find ways to use it against McConnell politically.