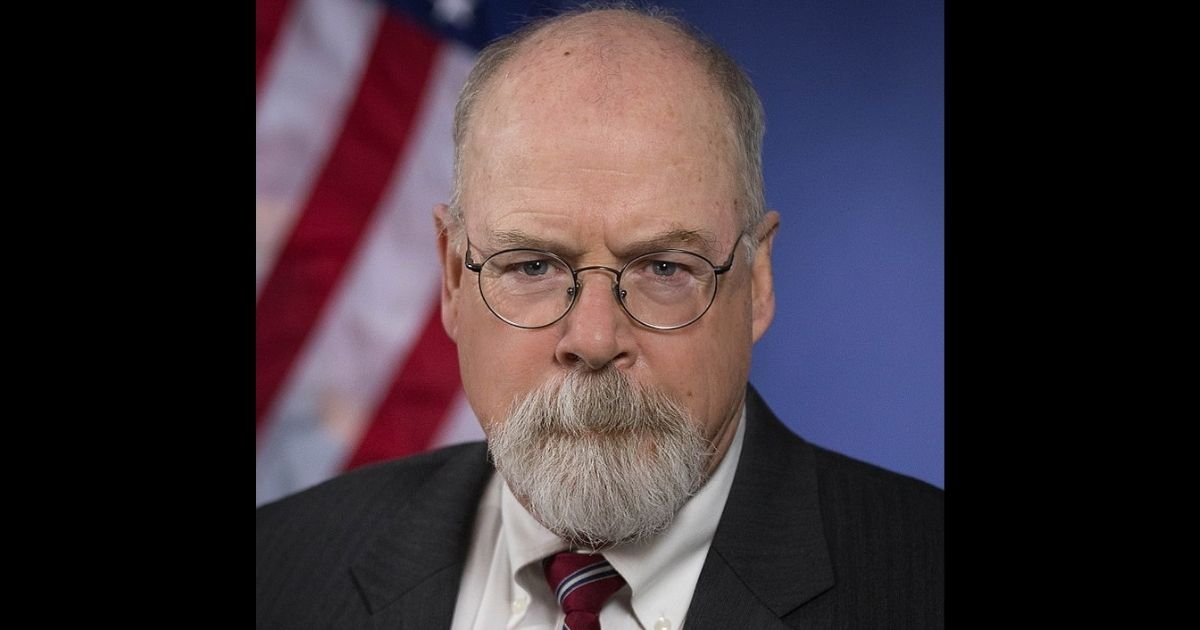 The following article, New Court Docs: Durham Accuses Clinton Lawyer of Putting His ‘Lie in Writing’, was first published on Flag And Cross.

The 2021 indictment from Durham alleged that Sussmann lied to Baker when he claimed he was not working for any client when he requested a meeting to present “purported data and ‘white papers’ that allegedly demonstrated a covert communications channel” between the Trump Organization and Alfa-Bank, which is tied to the Kremlin, Fox News reported.

Upon Sussman’s indictment, his lawyers argued there was no evidence that he had lied.

On Monday, however, Durham revealed documents showing Sussmann related that falsehood in a text to Baker on Sept. 18, 2016, the night before the two men met at the bureau, the Examiner reported Tuesday.

According to the report, the text message read: “Jim—it’s Michael Sussmann. I have something time-sensitive (and sensitive) I need to discuss. Do you have availability for a short meeting tomorrow? I’m coming on my own—not on behalf of a client or company—want to help the Bureau. Thanks.”

Durham’s filing said the text message put “the same lie in writing” that the information Sussmann would share would be “not on behalf of a client or company,” Fox News reported.

“The defendant’s billing records reflect that the defendant repeatedly billed the Clinton Campaign for his work on the Russian Bank-1 allegations,” the filing said.

“In compiling and disseminating these allegations, the defendant and Tech Executive-1 also had met and communicated with another law partner at Law Firm-1 who was then serving as General Counsel to the Clinton Campaign (“Campaign Lawyer-1″),” it continued.

The tech executive is known to be former Neustar executive Rodney Joffe, the Examiner reported.

The report said this new filing from Durham about the text message was a “potential smoking gun” in the case against Sussmann.

Sussmann’s lawyers want the judge to block Durham from introducing this new evidence about the Steele dossier at trial. They also want to stop the prosecution from calling Christopher Steele — who authored the dossier claiming Donald Trump’s presidential campaign was connected to Russia — as a witness in Sussmann’s trial, which is set to take place next month, CNN reported.

“The Special Counsel should not be permitted to turn Mr. Sussmann’s trial on a narrow false statement charge into a circus full of sideshows that will only fuel partisan fervor,” the lawyers wrote.

They claimed Steele’s work has “no bearing” on the case and is “inflammatory and irrelevant.”

“The new filings on Monday suggest that instead of narrowly focusing on Sussmann’s alleged lie and the specific meeting where it allegedly occurred, Durham plans to describe at the trial how the Clinton campaign tried to dig up dirt about then-candidate Donald Trump and his ties to Russia,” the outlet said.

Sussmann’s trial is scheduled to begin on May 16, according to Fox News.