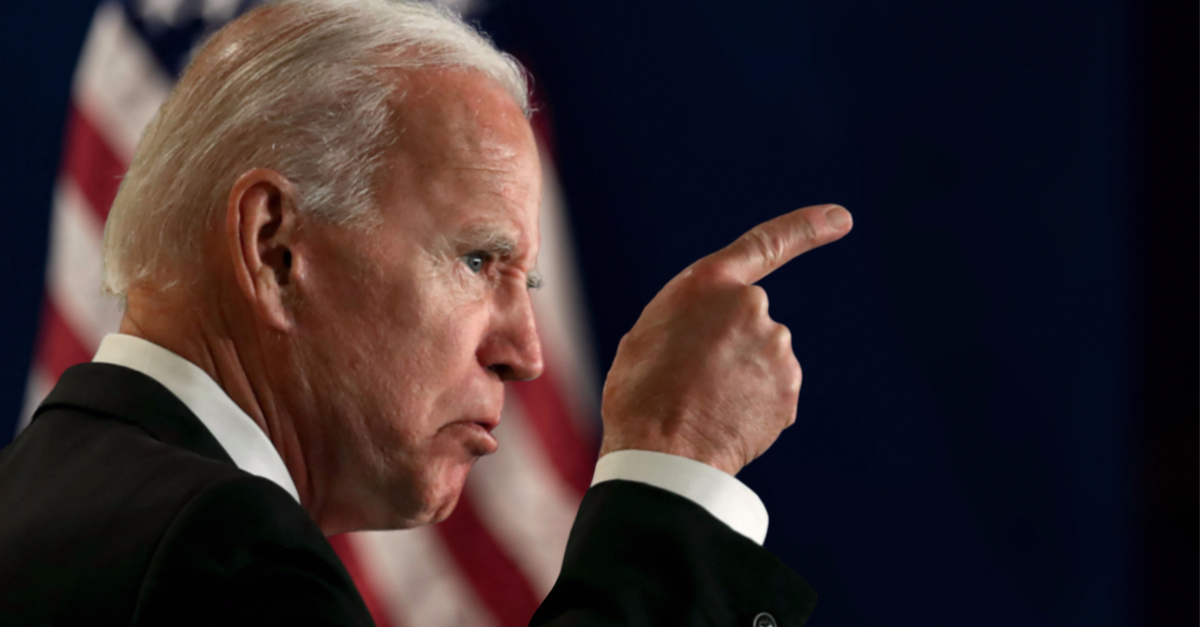 The following article, Joe Biden Ramps Up Russia Rhetoric with ‘War’ Joke, was first published on Flag And Cross.

As US military bigwigs began to warn that World War III might be right around the corner, the Commander in Chief was trying to find some unwarranted humor in the current situation.

The way it stands today, Russian President Vladimir Putin’s continued threats of nuclear annihilation have kept America, NATO, and the rest of the western world at bay, allowing the Kremlin’s troops to essentially commit genocide in Ukraine unabated.

But, as the Bucha massacre came to light, the people of the world have begun to demand action, and it apparently has Joe Biden thinking about going to war.

“This war could continue for a long time, but the United States will continue to stand with Ukraine and the Ukrainian people in the fight for freedom,” Biden said.

The president spoke about the ongoing conflict during a speech at a North America’s Building Trades Unions conference in Washington, DC, detailing the military assistance he continued to provide Ukraine.

“And by the way, if I’ve gotta go to war, I’m going with you guys. I mean it,” he said as the audience cheered.

In addition to sending weaponry to Ukraine, the United States has been imposing ever-more severe sanctions on Moscow, including direct action against the daughters of Vladimir Putin.

The Russian President has previously suggested that such fiscal fighting was akin to “war”, and there is little doubt that he’ll be lashing out again at this news.

“Go to war”? It’s unlikely Creepy Joe can go to the bathroom without assistance. But he can certainly send you!