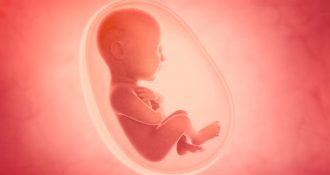 The following article, DISGUSTING: Radical Colorado Gov. Signs Law Allowing Abortion All the Way Up Until Birth, was first published on .

Colorado’s radical, left-wing Democrat Gov. Jared Polis has signed a law that would allow mothers to murder their babies all the way up until the moment they give birth.

Polis signed HB 22-1279 this week which legalizes abortion right up until the moment of birth.

Besides the all-out war against children in-utero, because it defines abortion as a right, the law could also be used to attempt to force medical professionals to commit or participate in abortions. There are zero conscience protections in the law.

The Reproductive Health Equity Act claims to “modernize” Colorado’s abortion law by giving women the right kill a baby in the womb at any time. It is the most radical law in the country.

The law states that “a fertilized egg, embryo, or fetus does not have independent or derivative rights under the laws of the state.” It also prevents any public entity to “deny, restrict, interfere with, or discriminate against an individual’s fundamental right to use or refuse contraception or to continue a pregnancy and give birth or to have an abortion in the regulation or provision of benefits, facilities, services, or information.”

This law is nothing but pure infanticide, not “healthcare,” as leftists continue to claim.