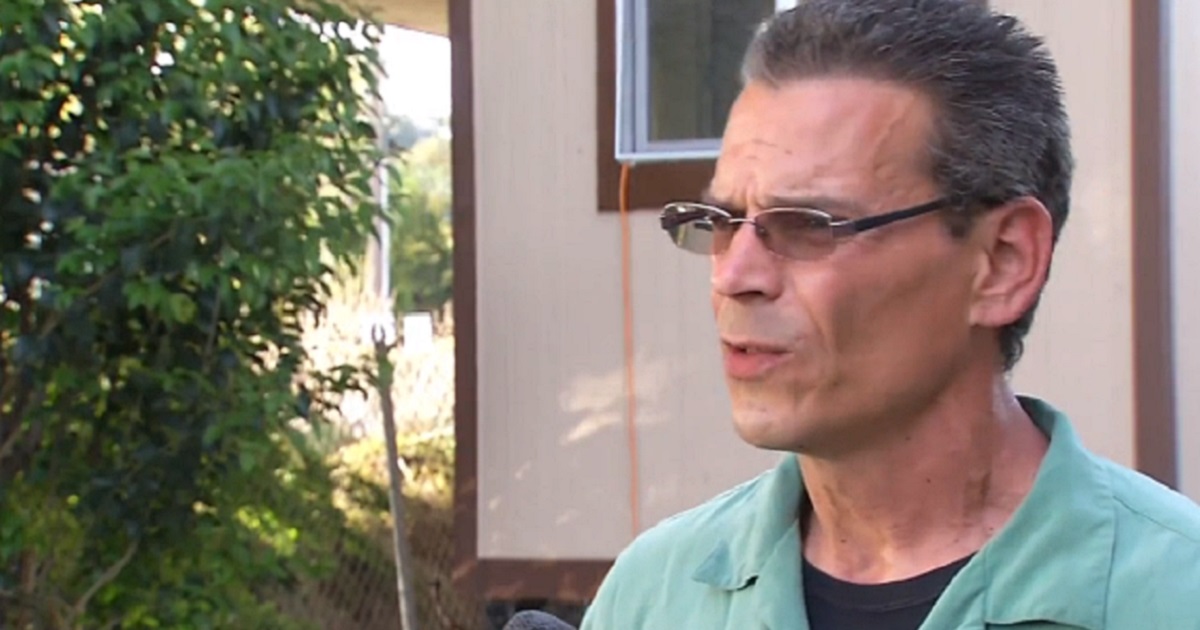 The following article, California City Sued by Homeless Man Claiming Its Underpass Encampment Is Too Loud, was first published on Flag And Cross.

With this kind of gumption, you’d think he’d have gotten further in life than living under a bridge.

A homeless man in uber-wealthy Marin County, California, is suing the city of San Rafael because a city-run encampment is too noisy for his liking or his health.

And he says he has the numbers to prove it.

The country has come to expect the irrational when it comes to the Golden State, governed as it is by an unconstrained socialist Democratic governor backed by Democratic supermajorities in both houses of the state Legislature.

It’s a prime destination for illegal aliens moving in and taxpayers moving out. Its schools have a national reputation for focusing on indoctrination over education.

And it’s the home of Hollywood, a city that is rivaled only by Washington for arrogant airheads spouting progressive pieties.

But even for California, the story of 49-year-old James Hellard stands out.

According to the Marin Independent Journal, Hellard is a resident of a city-sanctioned homeless camp established by the California Department of Transportation that boasts “security, restrooms, handwashing stations, garbage disposal, regular service referrals and other amenities.”

It is also, unfortunately for its residents, beneath a Highway 101 overpass, which means traffic is overheard fairly often.

And that’s too much noise for Hellard to bear.

According to the Independent Journal, Hellard’s lawsuit claims that a sound meter on his cellphone shows traffic noise at 90 decibels, above the levels established by the World Health Organization for safety and tied with the level for which the U.S. Occupational Safety and Health Administration recommends ear protections for Americans on the job.

With the support of his wife, Dawn, he’s suing to improve the lives of his fellow camp dwellers, according to KGO-TV.

“Most of them don’t want to step out and have themselves be known, but at this point, somebody’s got to do it,” Hellard told the station.

“I’ve got ringing in my ears. We have coughs. We have just these slowly manifesting health problems that we’re not quite sure where it’s going to go to five years from now,” he said.

“Getting into the position of homelessness is a very easy thing to do,” Hellard told the station. “And it’s a paramount, almost impossible thing to get out of.”

Oh, and according to the Independent Journal, the lawsuit also seeks “monetary relief for physical and emotional damages and property loss, as well as the ability to camp elsewhere without risk of having his belongings confiscated.”

Now, to be fair, living under an overpass can’t be easy, even when it has publicly provided security, restrooms, washing stations and garbage disposal.

And it sure can’t be easy doing it in Marin County, just north of the Golden Gate Bridge from San Francisco. A December article in Forbes listed Marin as one of the top 20 wealthiest counties in the country. So being homeless there not only means being poor, it means being surrounded by wealth beyond most Americans’ dreams.

Still, the situation does raise the question of why, exactly, someone would live under an overpass that was too noisy. After all, for all its many, many downsides, being homeless does imply a certain freedom of choice for exactly where to be homeless. Like, say, anywhere.

According to the Independent Journal, Hellard runs the risk of having his gear confiscated if he camps elsewhere in San Rafael, but the article didn’t state just what the attraction is for that particular part of the world.

None of the news outlets that covered the story indicated he’s employed, so it’s not like a job would be keeping Hellard in the area. (And even if he has a job, living under an overpass is a good sign the career isn’t going anywhere.)

So, judging by what’s been reported, Hellard could live anywhere he wants, really.

Assuming there’s not something vital being left out of the news accounts, what it comes down to here is beggars deciding they can, in fact, be choosers.

Even in the leftist cesspool of social media, that didn’t go over well.

Letting activist vagrants occupy public spaces doesn’t stop them from suing. Cities need to stand up to them. https://t.co/6PMmOsceSA

You know, you can pack up and re-locate at anytime.

OMG this really is nuts.

Wait…how did he retain a lawyer?

Great job progressives, instead of giving the bums rehab you’ve given them entitlement.

It’s also worth noting that this camp reportedly isn’t cheap for the taxpayers of San Rafael, Marin County or even the People’s Republic of California, the once-Golden State that’s now thoroughly tarnished by progressive politics.

According to the Independent Journal, San Rafael police Lt. Dan Fink said the city has spent $346,852 on the camp.

The state has agreed to grant $522,000 to the city to help with camp expenses, the newspaper reported, and Marin County is kicking in $166,000 to a matching fund program. That was supposed to cover 24-hour security and a caseworker, the paper reported.

That adds up to more than $1 million in public money for a camp under a bridge with a population of 31, according to the Independent Journal.

In a way, it’s no wonder Hellard isn’t happy.

For that kind of money, they should be doing a lot better than a highway overpass.