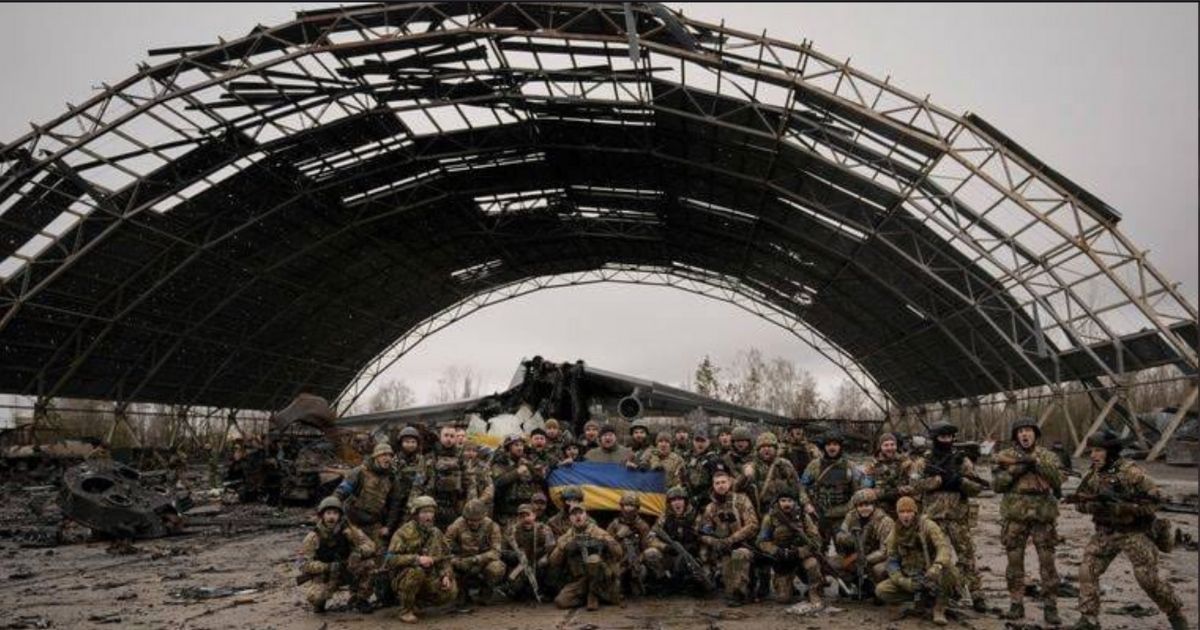 The wreckage of the world’s largest plane was found Saturday when Ukrainian troops recaptured an airport near Kyiv.

The plane, originally developed as part of Russia’s late-20th Century space program, was abandoned when Ukrainian forces lost control of the airport during the early stages of Russia’s invasion of Ukraine.

As Russian troops pulled back, Ukrainian forces found what was left of the plane, which was used to transport humanitarian aid.

Defense forces liberated Hostomel, Kyiv region, where the largest aircraft in the world Antonov An-225 Mriya was based [Mriya – Dream in Ukrainian]. russian invaders have destroyed Mriya, but

“The sadness is so indescribable. I just realized that exactly two months ago I went on my last business trip. I flew on Mriya,” pilot Dmytro Antonov told Reuters in a comment published by Business Insider.

As Ukrainian forces regain Russian-occupied territory, stories of atrocities are emerging, according to Human Rights Watch.

“The cases we documented amount to unspeakable, deliberate cruelty and violence against Ukrainian civilians,” said Hugh Williamson, Europe and Central Asia director at Human Rights Watch. “Rape, murder and other violent acts against people in the Russian forces’ custody should be investigated as war crimes.”

On Sunday,  Ukrainian President Volodymyr Zelenskyy told CBS that Russia was conducting “redeployment, in our opinion. They’re changing the tactics now,” adding that “they are now focusing in the east of Ukraine.”

When asked about the reports of atrocities, Zelenskyy said, “I think all the military commanders, everyone who gave instructions and orders should be punished adequately. The adequate punishment to these people is difficult to be achieved. It has to be done according to the law and what they have done.”

“As the father of two children and as a president, I think that these people, if they are put behind the bars, this is one too little for what they have done,” he said.

Zelenskyy called Russia’s tactics “genocide. The elimination of the whole nation and the people. We are the citizens of Ukraine. We have more than 100 nationalities. This is about the destruction and extermination of all these nationalities. We are the citizens of Ukraine, and we don’t want to be subdued to the policy of Russian Federation. This is the reason we are being destroyed and exterminated, and this is happening in the Europe of the 21st century. So this is the torture of the whole nation.”

President Volodymyr #Zelensky accused #Russia of committing genocide and attempting to eliminate the “whole nation” of #Ukraine, a day after the discovery of mass graves and apparently executed civilians near Kyiv. “This is #Genocide”https://t.co/Q7AfNauC6m

Zelenskyy ended his interview by urging America to remember those facing death and destruction daily.

As with much of Ukraine, the cost of repairing the damaged jet is astronomical.

Ukroboronprom, the Ukrainian state arms manufacturer, has said it would take $3 billion to restore the aircraft — and left no doubt about whom it expects to make good for the destruction.

“She will surely be reborn. Estimated calculations will cost more than $3 billion and more than 5 years,” a company Facebook post stated, according to a Facebook translation.

“Our task is to make these costs covered by the Russian Federation, which caused deliberate damage to Ukrainian aviation and freight aviation sector.”