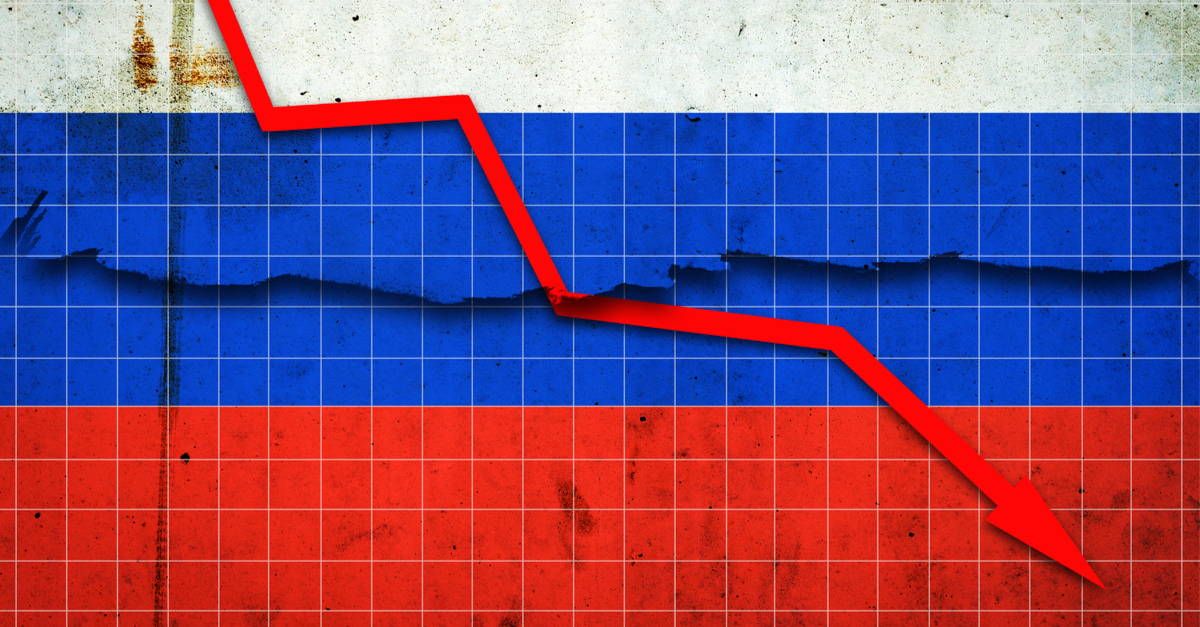 The following article, Russian GDP Collapse Possible as US, Allies Reveal New Sanctions, was first published on Flag And Cross.

The United States has long been using the power of the almighty dollar to attempt to influence Russia’s decision-making in Ukraine, but to no avail.  It seems that, through sheer bullheadedness and a cozy fiscal relationship with Beijing, that Vlad Putin is somehow keeping the lights on in Moscow.

But reports are now coming in about a new set of sanctions that Russia may not be able to offset, and it could collapse the entire Russian economy.

The United States, in coordination with the EU and Group of 7 nations, will roll out new sanctions against Russia on Wednesday — including an investment freeze — in response to evidence of war crimes in Ukraine, according to a U.S. official.

Among the measures being taken against Russia are a ban on all new investment in that country, greater sanctions on its financial institutions and state-owned enterprises, and sanctions on government officials and their family members. The official insisted on anonymity to discuss the forthcoming announcement.

The move is meant to be severe.

President Joe Biden and U.S. allies have worked together to levy a crippling of economic penalties against Russia for invading Ukraine more than a month ago, including the freezing of central bank assets, export controls and the seizing of property, including yachts, that belong to Russia’s wealthy elite. But calls for increased sanctions intensified this week in response to the attacks, killings and destruction in the Ukrainian city of Bucha.

The official said the sanctions would further Russia’s economic, financial and technological “isolation” from the rest of the world as a penalty for its attacks on civilians in Ukraine. That isolation is a key aspect of the U.S. strategy, which is premised on the idea that Russia will ultimately lack the resources and equipment to keep fighting a prolonged war in Ukraine.

Putin is sure to complain about these latest penalties, but the Russian people will be bearing the brunt soon enough, which could lead to regime change in Moscow.