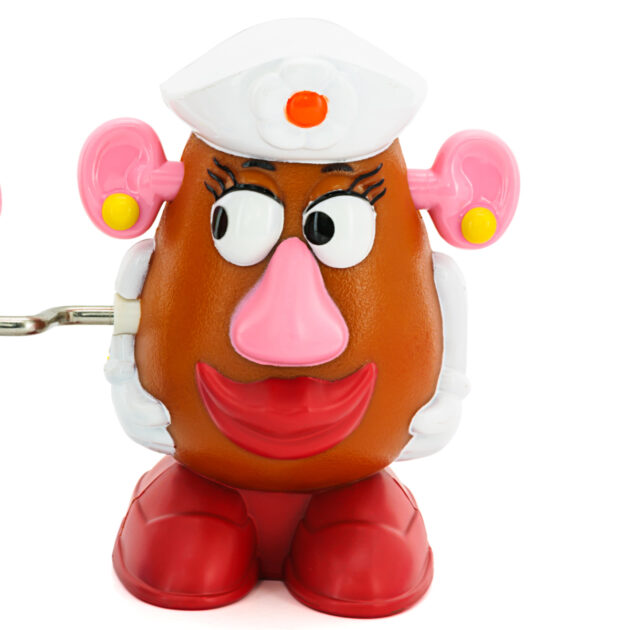 The following article, Estelle Harris, Actress Behind ‘Toy Story’ Character, Dead at 93, was first published on Flag And Cross.

For some, she was the voice of Mrs. Potato Head in “Toy Story.” For others, she was George Costanza’s long-suffering mother on “Seinfeld.”

And over the years, her voice came through the TV in numerous commercials.

But that voice is now stilled as actress Estelle Harris has passed away at the age of 93.

“One of my favorite people has passed – my tv mama, Estelle Harris. The joy of playing with her and relishing her glorious laughter was a treat. I adore you, Estelle. Love to your family. Serenity now and always,” actor Jason Alexander, who played George Constanza on “Seinfeld,” tweeted.

One of my favorite people has passed – my tv mama, Estelle Harris. The joy of playing with her and relishing her glorious laughter was a treat. I adore you, Estelle. Love to your family. Serenity now and always. #RIPEstelleHarris

Harris died in Palm Desert, California, according to Deadline.

“It is with the greatest remorse and sadness to announce that Estelle Harris has passed on this evening at 6:25 pm,” her son Glen Harris said.

“Her kindness, passion, sensitivity, humor, empathy and love were practically unrivaled, and she will be terribly missed by all those who knew her,” he said.

Harris, born Estelle Nussbaum in New York City on April 22, 1928, was featured in 27 episodes of “Seinfeld” during its six-year run.

In 2020, “Seinfeld” co-star, Jerry Stiller, who played the character of Frank Costanza, Estelle’s husband on the show, died at 92.

Harris said in a 1998 interview that her “Seinfeld” character “is the mother that everybody loves, even though she’s a pain in the neck,” according to NPR.

Harris’s voice was a hit in the second, third and fourth films of the “Toy Story” series.

She played Mrs. Potato Head in what Variety called “a loving and nagging relationship with Mr. Potato Head, perfectly voiced by Don Rickles.”

“I HAVE NO EYE FOR FASHION?!” Estelle Harris was an icon, a legend, the moment. RIP. pic.twitter.com/erGVLBSssv

In addition to her TV and movie roles, Harris did extensive TV commercial work, making up to 25 national TV spots in one year.

“Her passion was her work,” Glen Harris said, according to Deadline, “and her work was her passion.”

Harris is survived by three children, three grandsons and a great-grandson.