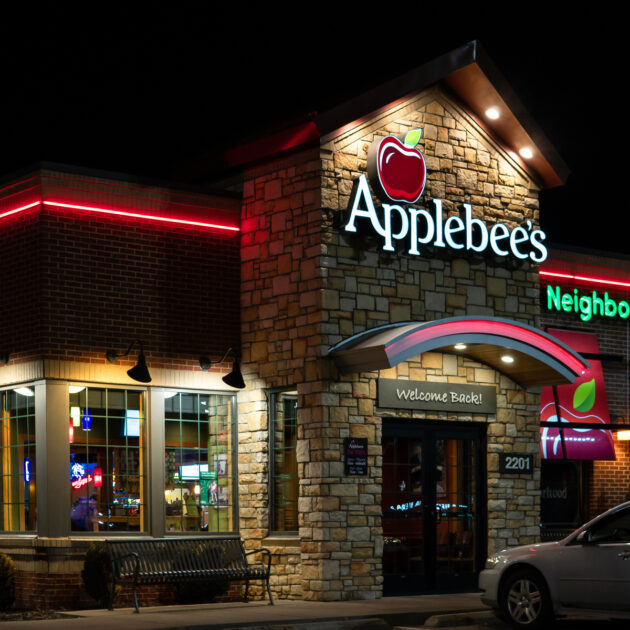 The following article, Applebee’s Franchise Executive Fired After Trying to Spin Runaway Inflation as a Good Thing, was first published on Flag And Cross.

Inflation and higher gas prices offered “the potential to lower our average wage,” the executive wrote in a leaked email, according to the Kansas City Star.

The executive had a mid-level position with the Apple Central Group, which operates Applebee’s and Taco Bell restaurants in Missouri, Kansas, and seven other states, according to the Star.

The memo supported “hiring employees in at a lower wage to decrease our labor (costs)” and called increased gas prices an “advantage” for the company.

“As inflation continues to climb and gas prices continue to go up, that means more hours employees will need to work to maintain their current level of living,” the email stated, according to the Springfield (Missouri) News-Leader.

“This benefits us as prices rise, people who (are) relying on unemployment money simply will have less money to spend,” the executive wrote, according to the newspaper. “It will force people back into the work force.”

“The labor market is about to turn in our favor. Besides hiring employees in at a lower wage to decrease our labor (when able), make sure you have a pulse on the morale of your employees. Your employees that live check to check are impacted more than the people reading this email.”

The email was eventually leaked through social media on March 21 and touched off a protest at the Lawrence, Kansas, Applebee’s.

Now-former manager Jake Holcomb led the protest, according to the News-Leader.

“I printed a couple dozen copies of the emails, distributed throughout the restaurant, putting them around places so servers could find them,” Holcomb told the newspaper. “Then, I gave everyone in the restaurant their food for free and we just left. We didn’t even close the store.”

Holcomb quit, as have others at that location.

Server Lily LaRue told the News-Leader she and about 10 others have quit.

She said two Applebee’s area directors came with candy and $25 gift cards on March 22 as a way to deal with the staff rebellion. The restaurant was closed for the day.

“We brought them our concerns, but rather than addressing those, they bought us candy, locked us out of the liquor closet and made the remaining staff pick up shifts that were outside of their availability,” LaRue told the newspaper.

“We posted the emails for customers to see (near the front door), but management took them down and put a sign about equipment issues.”

Applebee’s distanced itself from the email’s discussion of inflation.

“This is the opinion of an individual, not Applebee’s,” Kevin Carrol, Applebee’s chief operations officer, said in a statement, according to the News-Leader. “Our team members are the lifeblood of our restaurants, and our franchisees are always looking to reward and incentivize team members, new and current, to remain within the Applebee’s family.”