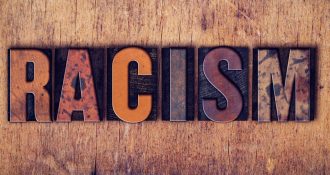 The following article, Left-Wing College Forced to Pay Family $31 Million for Defaming Them as Racists, was first published on .

Ohio’s Oberlin “College” has been forced to pay a family $31 million for defaming them as “racists.”

The Washington Examiner reported that a three-judge panel of the Court of Appeals for the 9th Circuit in Ohio ruled that the so-called college defamed the family who owned a local bakery.

The Gibson family sued the college after Oberlin orchestrated a false campaign to label them racists.

The family’s legal team revealed the liberal agenda, “At trial, it was absolutely clear to the jury (as reflected by the verdict) that there was not a shred of truth in the vicious statements about the Gibsons and that the college caused the devastating harm.”

The college called the bakery owners “racist” for banning a few black students who had been caught stealing from the store.

The students were arrested and admitted to stealing from the store. But the college mounted a campaign against the bakery for being “racists” because they dared to have thieves arrested.

The attacks on the bakery destroyed its business. And the family was defamed as “racists.”

The judges found that the school itself had conspired to destroy the bakery. And with that, the school lost its suit and was ordered to pay up for its treachery.