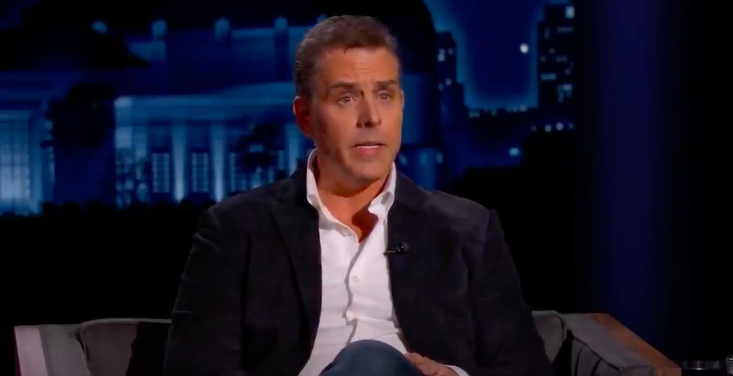 The following article, Hunter Biden Called on to Testify Before House Oversight Committee, was first published on Flag And Cross.

House Republicans are using an upcoming hearing on electric vehicles as a chance to get Hunter Biden in front of a Congressional committee.

On Tuesday, the Oversight and Reform Committee has a hearing scheduled that bears the title: “It’s Electric: Developing the Postal Service Fleet of the Future.”

“Mr. Biden is well positioned to inform the Committee about issues pertaining to African cobalt mines — a metal which is essential in the manufacturing of electric vehicles,” Comer wrote.

It’s time for Hunter Biden to appear before Congress.
@RepJamesComer is calling for the President’s son to testify at an upcoming hearing on EVs. Since Hunter is an “expert” in cobalt mining operations, his testimony could shine a light on the importance of the metal. pic.twitter.com/ewAkAPbOAj

According to a report in The New York Times., in 2016, Hunter Biden’s firm played a key role in helping a Chinese company called China Molybdenum buy Tenke Fungurume, a cobalt and copper mine, from Freeport-McMoRan, an American company. Its role was to partner to buy out Lundin Mining of Canada, a minority partner in the mine.

Hunter Biden’s investment firm later sold its stake in the mine back to China Molybdenum.

At the time, President Joe Biden was vice president in the Obama administration.

The website mining.com has noted that China’s efforts to corner the cobalt market “could pose a threat to western market participants” based on an industry expert report, saying that the partnership between China and Congo “could pose problems to those in the West.”

Although Republicans have called for Hunter Biden to appear, they do not have the power to force his appearance, because the GOP does not control the House.

Republicans on the Oversight Committee have said that the inclusion of Hunter Biden amid a list of key people sanctioned by Russia is proof that Russians “apparently see the President’s son as a pressure point to exploit,” according to a statement on the House Oversight Republicans’ website.

“Additionally, his inclusion on the list is the latest evidence that Hunter Biden has indeed engaged in business schemes with our adversaries… Hunter Biden’s connections throughout the Russian sphere of influence have now become especially relevant in the fast-moving and developing Russian war in Ukraine. If the Russian government is attempting to influence American policy in Ukraine by exploiting Hunter Biden’s connection with his father—the President of the United States—the American people deserve to know it,” the statement said.

“Hunter Biden’s dealings have not gone unnoticed, and a Department of Justice probe begun under the Obama Administration has expanded to include a wide variety of potential violations and crimes,” the statement said.

The statement noted that Hunter Biden’s activities have cast a long shadow from the past into the present.

“The evidence is now clear that not only did Joe Biden talk to his son about his overseas business dealings, but he also met with his son’s associates. The misleading statements by President Biden are even more troubling now that Russia has singled out Hunter Biden on its sanctions list instead of any of the other Biden children,” the statement said.

“Given Hunter Biden’s foreign business relationships in Ukraine and Russia and the current international landscape, we are concerned about whether Hunter Biden continues to profit off his status as President Biden’s son as well as whether foreign adversaries may be attempting to exploit questionable business dealings,” the statement said.