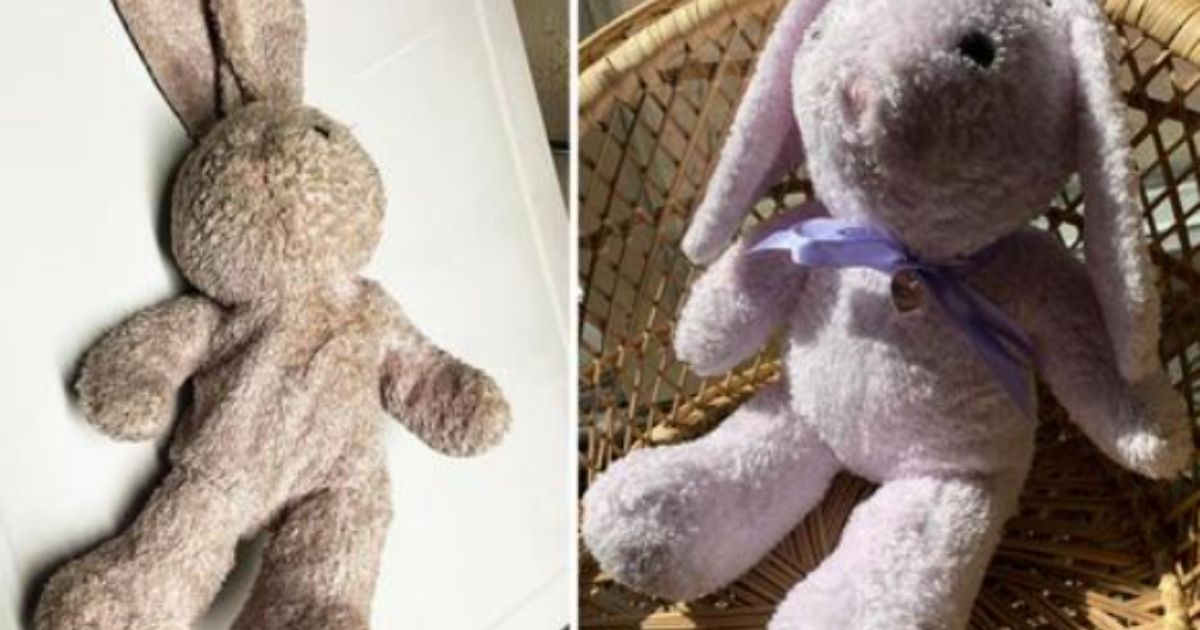 The following article, Woman on a Mission to Return Lost Stuffed Bunny: ‘Someone Is Missing This Rabbit’, was first published on Flag And Cross.

When Erin Sorensen and her dog Scout were out for a walk on March 3, Scout noticed something out of place: a toy, ragged and dirty, on a road in Omaha, Nebraska.

When the coast was clear, Sorensen ran out and snatched it up. She knew immediately that someone had to be missing the stuffed animal.

“It’s the whole reason I picked it up,” she told the Omaha World-Herald. “It had the look of ‘someone is missing this rabbit.'”

Many people have had success posting found items on social media, where the owners can spot them and reclaim them, so Sorensen took to several different platforms to try to identify an owner.

“Hi everyone,” her Facebook post began. “I’ve already tweeted about this, made a TikTok video, posted on Nextdoor and a number of neighborhood groups… but no luck, so I’ll try here (and I’ll make it public so people can share):

“Anyone’s family in Omaha missing a bunny? Found near the intersection of 52nd and Burt near Dundee, laying in the street. I picked it up because it looks like it was pretty loved by someone and I’m hopeful I can find that someone.

“Let me know if you know this Runaway Rabbit!”

The word went out, and many commented and reminisced about the special toys in their own lives, but no one reached out with a positive ID.

However, encouraged by Sorensen’s kindness in orchestrating the search, a Michigan-based doll restoration specialist offered her services to get the bunny cleaned up so that it eventually could go home displaying its former glory.

The specialist, Danielle Allore-Taylor, documented the process on TikTok.

“The biggest thing I can say is that this was a labor of love,” she told Fox News. “Erin and I both went out of our way to do something for someone, even though we don’t know who it is. The world needs more kindness, and I’m glad that I could’ve been a part of it.”

The bunny, once cleaned, actually was lavender rather than the dingy gray-pink it once appeared to be.

“Still looking for the owner of the lost bunny BUT we now know it’s light lavender and not pink,” Sorensen posted in an update on March 14. “Hoping this helps find the owner!”

While both women still hope the stuffed animal will get back into the arms of the person who clearly loved it, they’re also happy to offer the story as a little kindness and light in a turbulent world.

“I still feel hopeful we can find the true owner,” Sorensen said, according to the Omaha World-Herald. “What is driving me, even though it’s small, in this corner of the world in Omaha, Nebraska, is it could just bring some joy.

“I want to see that joy through, and I’m really hopeful that we do.”

Continue reading: Woman on a Mission to Return Lost Stuffed Bunny: ‘Someone Is Missing This Rabbit’ ...