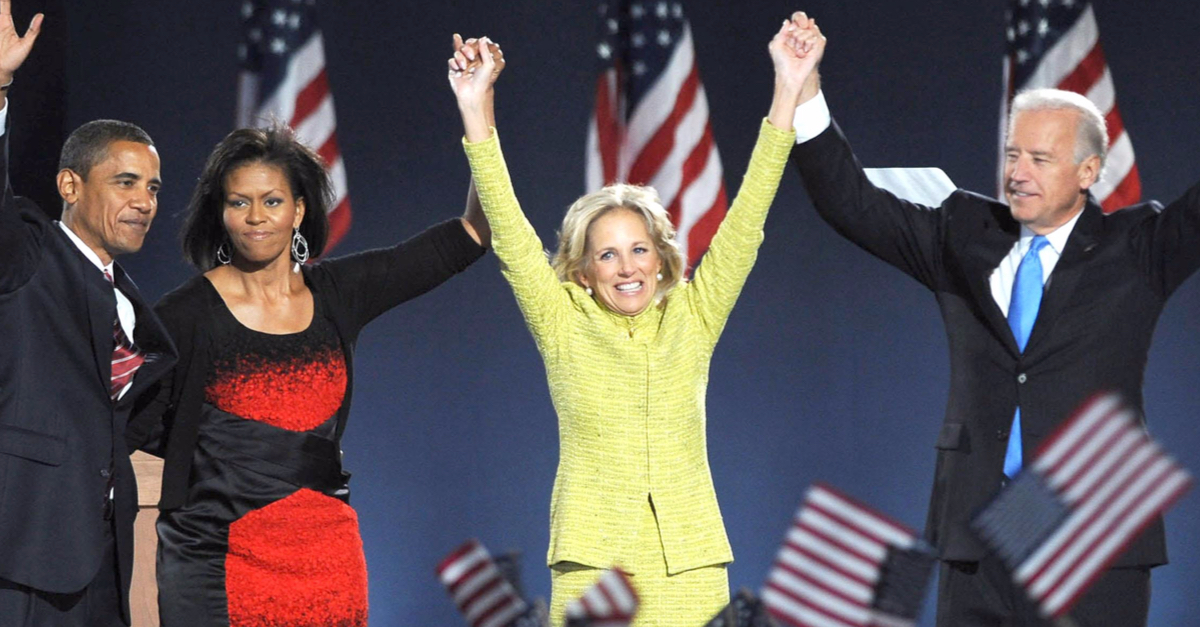 The long list of absurd gaffes committed by Joe Biden grows longer again this week, as the President seems to have gotten a little confused over who served as Vice President to Barack Obama.

Of course, it doesn’t take much of a history buff to remember all the way back to the Obama administration, less than a decade ago.  That was when none other than Joseph Robinette Biden Jr. was the Vice President – the same man stumbling around the White House mumbling gibberish today.

This week, President Biden seemed to suggest that it was not he who worked under the 44th President of the United States, but rather it was his wife, First Lady Dr. Jill Biden.

President Biden in a speech Saturday referred to his wife, first lady Jill Biden, as the vice president in the Obama administration, a post he served in for eight years.

The president, 79, was praising the first lady for her commitment to military families and how she oversaw the development of the USS Delaware, the US Navy’s newest nuclear attack submarine, as he spoke at its commissioning ceremony in Wilmington, Del., on Saturday.

“The daughter of a Navy signalman during World War Two, the mother of a member of the Delaware National Guard, the grandmother of children who experienced having their father deployed away from home for a year at a time,” Biden said in his speech. “She always holds our military and their families in her heart. And that is not hyperbole; that’s real.”

“I’m deeply proud of the work she is doing as first lady with Joining Forces initiative she started with Michelle Obama when she was vice president and now carries on,” the president said in error, another in a string of mistakes the White House had to correct or walk back recently.

These sorts of flubs have become commonplace in the Biden White House, with the Commander in Chief having suggested on several occasions that Vice President Kamala Harris was actually the president.