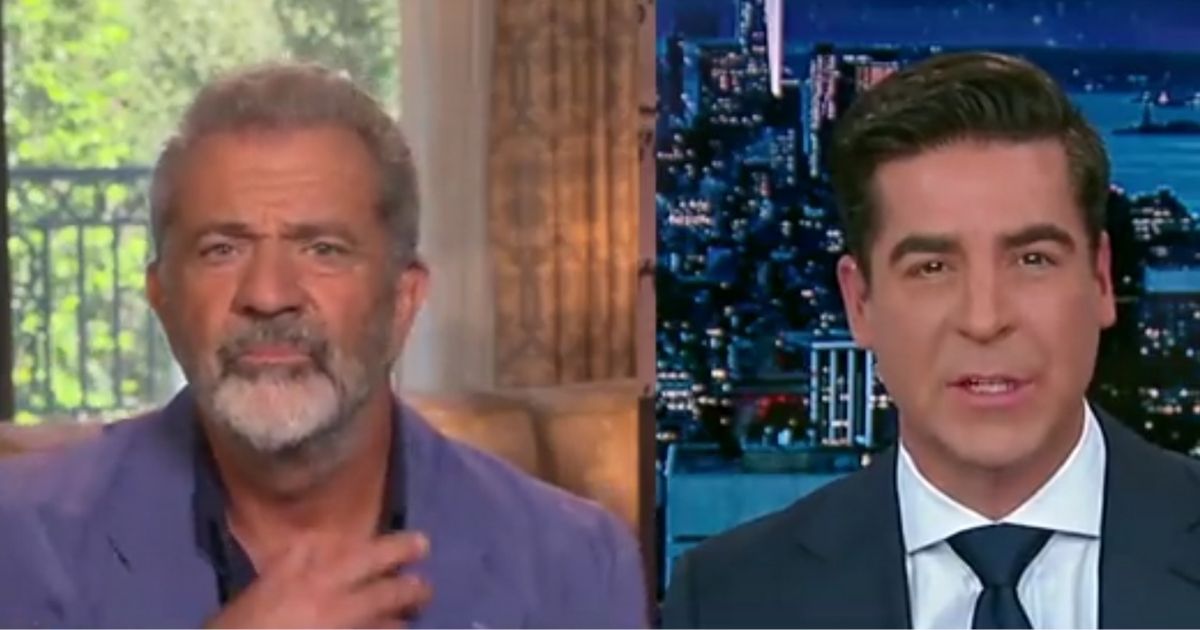 The following article, Mel Gibson’s Fox News Interview Comes to a Bizarre End When He’s Asked About Will Smith, was first published on Flag And Cross.

Actor Mel Gibson had nothing to say Friday night after Fox News host Jesse Watters asked him about the Will Smith incident.

Gibson had just finished a segment of the congenial interview devoted to a discussion of the rampant egotism of modern America when Watters shifted ground.

“You understand it probably better than a lot of people, with your career,” said Watters.

“I was wondering if, you know, you had been the one that jumped up out of his seat and slapped Chris Rock, if you would have been treated the same way, Mel?” he said

Gibson pointed his finger at the camera and shook his head, appearing to laugh as his audio cut out.

The Fox News host gave it one more try, asking “Have you ever thought about that?”

The unseen voice then intervened

“Thank you, Jesse. That is our time.”

Somewhere out there, Mel Gibson’s like: “Why am I trending because Will Smith slapped Chris Rock???” pic.twitter.com/xIuJEXiZzX

On Friday, Smith officially resigned as a member of the Academy of Motion Picture Arts and Sciences due to the incident.

“My actions at the 94th Academy Awards presentation were shocking, painful, and inexcusable. The list of those I have hurt is long and includes Chris, his family, many of my dear friends and loved ones, all those in attendance, and global audiences at home,” he said in a statement, according to Variety.

“I am heartbroken. I want to put the focus back on those who deserve attention for their achievements and allow the Academy to get back to the incredible work it does to support creativity and artistry in film,” he said in the statement.

Mel Gibson dragged into ‘slap-gate’ as fans call for him to lose Oscar if Will Smith doeshttps://t.co/1MEoiPL0ZE

The Academy has a meeting planned for April 18 to discuss how to handle Smith, who for now keeps his Oscar and the right to be honored by the Academy, but no longer is considered a voting member.

The Screen Actors Guild has also issued a statement saying that it “will work to ensure this behavior is appropriately addressed.”