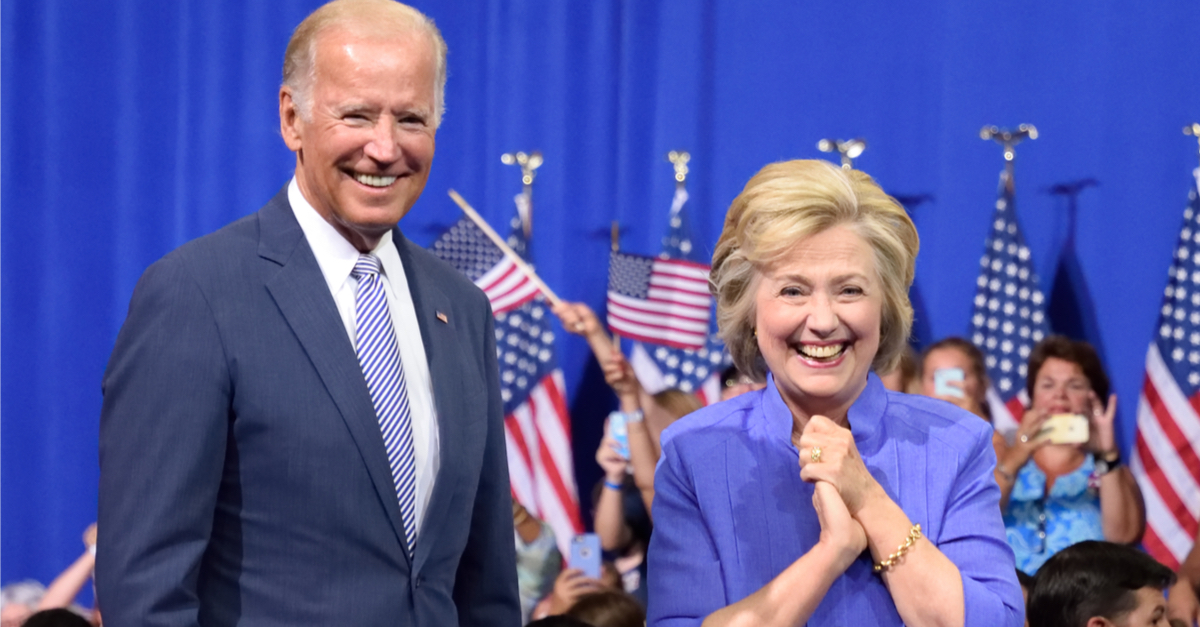 The following article, Hillary Takes Aim at Biden Administration’s Handling of Ukraine Invasion, was first published on Flag And Cross.

With the 2022 midterms arriving in short order, the Democratic Party is a bit on edge.  Joe Biden’s job performance as President has been abysmal, with his approval rating remaining underwater throughout a vast majority of his time in office.  If a giant red wave comes crashing through these upcoming elections, there will be very serious doubts about whether or not Biden will be able to successfully be re-elected.

And perhaps this is why Hillary Clinton has now seemingly taken a very public shot at the Biden administration’s handling of the Russian invasion of Ukraine.

In an interview with NBC’s “Meet the Press,” Clinton said that the U.S. is “looking at this with our eyes wide open,” and seeing the threat that Russian President Vladimir Putin poses not just to Ukraine but to “Europe, to democracy, and to global stability.” Still, she claimed that the sanctions imposed and assistance given to Ukraine so far are not enough.

“We have to double down. There is more that can be done to increase pressure and stress: additional sanctions, more in the way of lethal aid, and now that there has been a pushback thanks to the brave Ukrainian military offensive action, there is time to resupply the Ukrainians so they can continue to defend their country,” Clinton said.

“The only way that we’re going to end the bloodshed and terror that we’re seeing unleashed in Ukraine and protect Europe and democracy is to do everything we can to impose even greater costs on Putin. There are more banks that can be sanctioned and taken out of the so-called SWIFT relationship. There is an increasing call for doing more on gas and oil.”

And while Clinton was certainly treading lightly, (and throwing a few compliments in Biden’s general direction), there is no mistaking the politicking that is occurring here, especially as the former Secretary of State begins to outline the differences between Biden’s approach and what hers would have been.