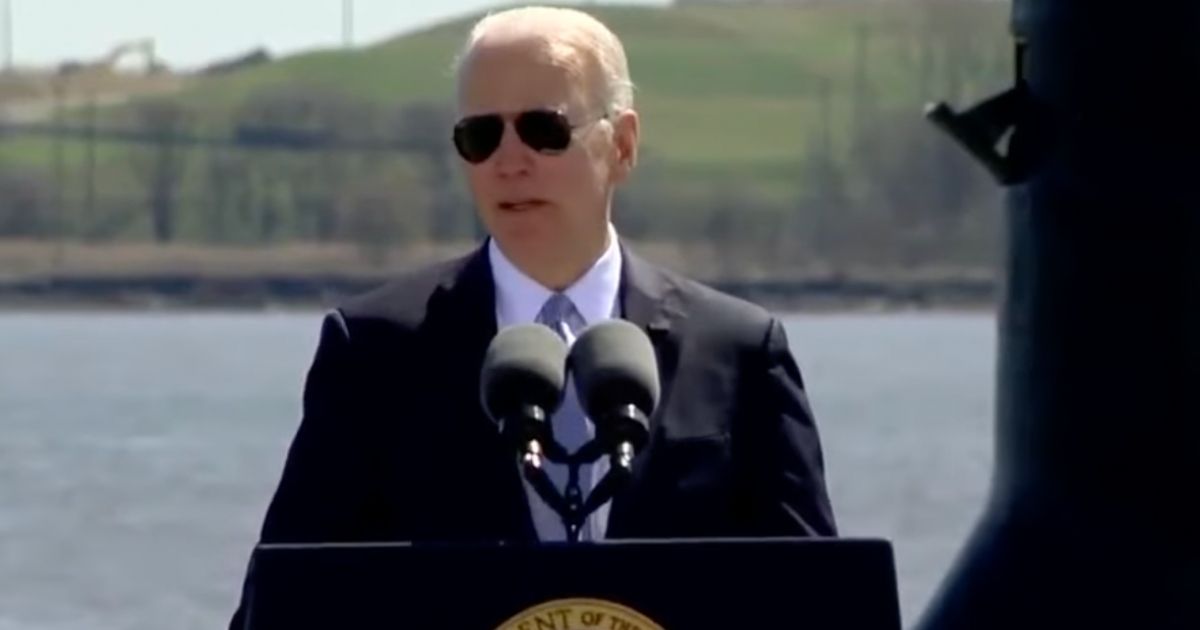 The following article, Biden Calls His Wife the Vice President While Saluting Submarine, was first published on Flag And Cross.

On Saturday, standing before a submarine designed to hunt down enemy subs that can carry ballistic missiles and speaking at a time of heightened tensions with Russia, President Joe Biden praised the work his wife did as vice president.

The gaffe came during the formal commissioning celebration ceremony for the USS Delaware, which was commissioned two years ago without a ceremony due to the pandemic, according to Bloomberg.

On Saturday, a ceremony was held in Wilmington, Delaware, during which first lady Jill Biden was present to formally commission the Delaware.

Things came off the rails as he spoke about his wife, who was the ship’s sponsor.

“I’m deeply proud of the work she is doing as First Lady with Joining Forces initiative she started with Michelle Obama when she was Vice President and now carries on,” he said.

The official White House transcript of the event corrected the comment, putting a line through the word “she” and inserting the word “I.”

The president had one more garble immediately following his largest gaffe.

“As First Lady, she doesn’t — she’s been to more military installations around the world,” he said.

Down at Sky News Australia, host Rita Panahi offered a lesson for the president.

“No, no, Joe, now listen carefully, Mr president,” she said.

“Your wife Jill was never veep and neither was Michelle. You were the vice president for eight years under Michelle’s husband Barack.”

“Now, I know this can all be confusing, but hopefully, someone has designed some sort of a flow chart with pictures for you to follow,” she said.

Coming at a time when military tensions with Russia are high, Republican Rep. Ronny Jackson of Texas noted that America deserves better.

Biden isn’t running the country. He’s lost and confused. He’s TOTALLY out of the loop, and when he opens his mouth, he’s constantly “corrected” by his staff. He needs to RESIGN. We deserve a cognitively capable President!

Others have linked Biden’s weakness as a leader to the invasion of Ukraine, suggesting that Russia believed America was, too.

“We have a weak president and he’s creating a very dangerous world,” McCaul said.

Virginia-class submarines, such as the Delaware, have both torpedoes to attack undersea targets and Tomahawk cruise missiles for surface targets while being able to maitain patrols for months.