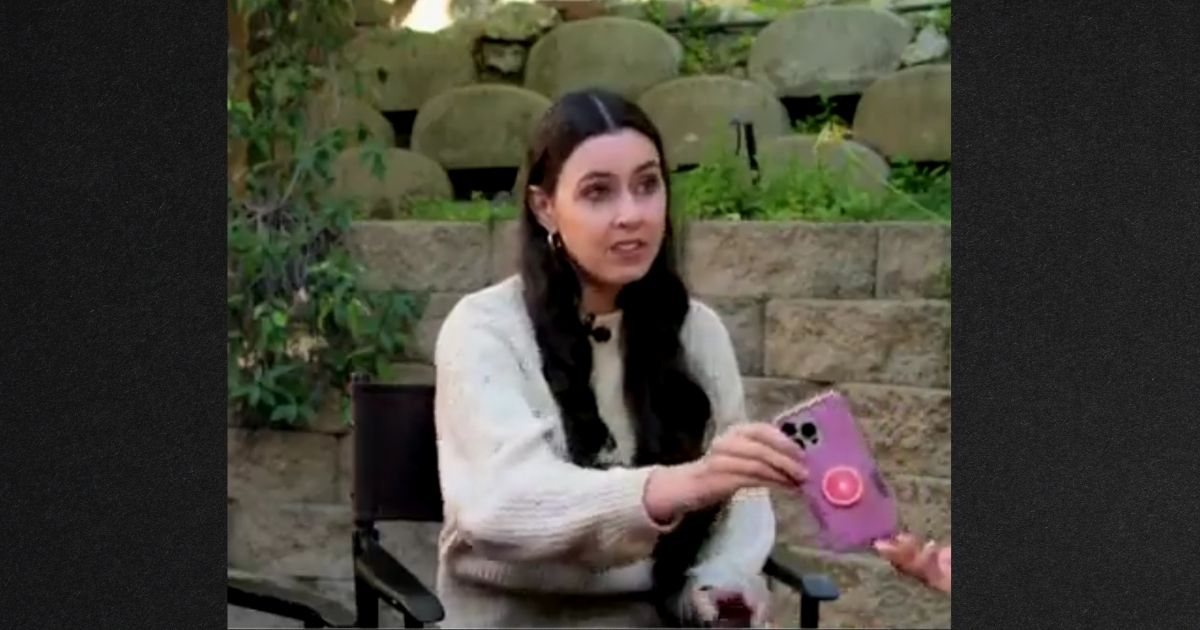 The following article, Watch: Mainstream Media Hit-Piece Journalist Breaks Down in Tears Over ‘Online Harassment’, was first published on Flag And Cross.

She can dish it out, but she can’t take it herself.

Taylor Lorenz says that she has “severe PTSD” from mean tweets directed at her.

“It’s horrifying,” she says before breaking down in tears. pic.twitter.com/ryFweRtnSd

“You feel like any little piece of information that gets out on you will be used by the worst people on the internet to destroy your life.”

Lorenz made herself a target of mockery across the internet for her attempt to play the woke crybully victim card.

I take no joy in seeing someone cry, but Taylor Lorenz is a trench warfare veteran and she dishes out crap like this all the time. Just recently she joined the dogpiling of Emma Camp for her NYT op-ed about feeling silenced on campus. Also why is she in an under 35 segment? https://t.co/fLySC1ynwZ

Many questioned why a so-called journalist is quick to demand sympathy after receiving mean tweets.

Taylor Lorenz has made it her career to ruin peoples lives. You’d think someone in that field of work would have a tougher constitution. https://t.co/eiPJ6yc5wX

Lorenz has published hit pieces on quasi-public figures throughout her career, previously identifying the family members of conservative internet personalities.

What Taylor Lorenz does to people on the front page of the world’s most powerful newspaper, and then the way she turns herself into the victim over the life-destroying weapons she deploys against people, is just unreal. Just look at this:https://t.co/3N2nHjNKLG pic.twitter.com/XuVsOI1Lhe

One talent agent who works with social media influencers explained why she’s suing Lorenz for defamation, following a hit piece Lorenz wrote that Ariadna Jacob says is based on lies.

“It was devastating when Taylor Lorenz came along with the megaphone of the New York Times and decided to write a scathing article full of lies about us,” said Jacob in a 2021 Tucker Carlson interview.

Lorenz falsely accused one tech entrepreneur of calling someone “retarded” in a private Clubhouse chat room in 2021, according to Fox News.

Maybe service in the military or work in a blue-collar construction job should be considered mandatory for employment at an establishment media news outlet.

That would instill thick skin in some of the biggest whiners in the world.