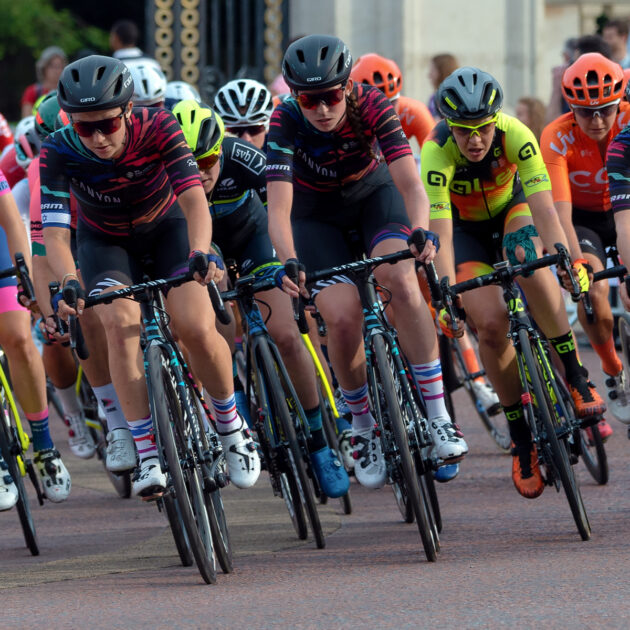 A man who identifies as a woman has been ruled ineligible to participate in a women’s championship cycling race in the United Kingdom after female competitors reportedly discussed boycotting the event.

Emily Bridges, 21, competed against other men as Zach Bridges before coming out as transgender in October 2020.

He had been planning to participate as a woman in this week’s National Omnium Championships in Derby.

However, because Bridges was registered as a man, the Union Cycliste Internationale said he cannot compete against women until his registration as a male expires, USA Today reported Thursday.

The UCI’s decision came after a number of female riders discussed boycotting the event because of Bridges’ participation and unfair advantage, the U.K.’s Guardian reported.

In 2018, Bridges had set a national junior men’s record over 25 miles. He was on the Great Britain Academy program as a male rider but was dropped in 2020, according to the Guardian.

He continued to race in men’s events after coming out as transgender in 2020.

Bridges won the men’s points race at the British Universities championships in Glasgow just one month ago, USA Today reported.

He started hormone therapy last year to lower his testosterone levels and begin competing as a woman.

British Cycling rules mandate that riders have testosterone levels below five nanomoles per liter for a year prior to compete as a woman. This rule and Bridges’ previous registration as a male made him ineligible, USA Today reported.

British Cycling said in a statement Wednesday that it believes “transgender and non-binary people should be able to find a home, feel welcome and included, and be celebrated in our sport.”

“We have been in close discussions with the UCI regarding Emily’s participation this weekend and have also engaged closely with Emily and her family regarding her transition and involvement in elite competitions,” the organization said.

“We acknowledge the decision of the UCI with regards to Emily’s participation, however we fully recognise her disappointment with today’s decision,” it said.

Today we’re calling for a coalition to address transgender and non-binary participation in elite sport, and can provide an update on this weekend’s British National Omnium Championships.

Bridges complained about the decision in a statement posted to social media on Friday.

“I have provided both British Cycling and the UCI with medical evidence that I meet the eligibility criteria for transgender female cyclists, including that my testosterone limit has been far below the limit prescribed by the regulations for the last 12 months. … Despite the public announcement, I still have little clarity around their finding of my ineligibility under their regulations,” he said.

“I have been judged despite a total lack of evidence against me, purely because I am trans.”

Bridges also claimed he had been “relentlessly harassed and demonised” by the British media.

You can still play sport, pal. Just not in the women’s team. pic.twitter.com/dRI0a2gm2r

Bridges’ aunt, Helen Bridges, told the U.K.’s Daily Mail that she believed this decision was unfair to him.

“It’s a bit of a tough one but I guess it’s unfair,” she said. “It is unfair on Emily, but the others obviously think it’s unfair on them so it’s a very, very difficult situation.

“Maybe trans athletes should have their own class, but I think they should be allowed to do it [compete in women’s sports].”

Amid the controversy over transgender athletes, Britain’s Sports Council Equality Group met last fall to look into the research and science related to that issue, the Guardian reported.

The SCEG said it found there were “retained differences in strength, stamina and physique between the average woman compared with the average transgender woman or non-binary person registered male at birth.”

The problem of determining the fairness of transgender participation in all sports is becoming an increasing challenge, the SCEG recognized.

British Cycling also commented on the difficulty of the situation.

“Transgender and non-binary inclusion is bigger than one race and one athlete — it is a challenge for all elite sports,” the organization said. “We believe all participants within our sport deserve more clarity and understanding around participation in elite competitions and we will continue to work with the UCI on both Emily’s case and the wider situation with regards to this issue.”

Sharron Davies, a former British Olympic swimming star, also spoke up about the issue, saying sports should be inclusive but also fair to female athletes, the Daily Mail reported.

“I think the very serious threat of a boycott helped hugely to concentrate their minds and cause intervention, but I’m being positive we are turning a corner,” she said. “Sport is all about fairness there are ways to have inclusion without sacrificing Women’s sport.

“It would not have been fair to ask [British Olympian] Laura Kenny and the other women cyclists that Bridges would have come up against to have to race a rival with the advantages of a biological man. No amount of testosterone reduction can mitigate that, but we’re being told to turn a blind eye to science and biology, to keep quiet and suck it up.”

This is what needs to happen in ALL women’s sports that biological men are allowed to compete! Women will ALWAYS lose where the physical strength of men are stronger than women.