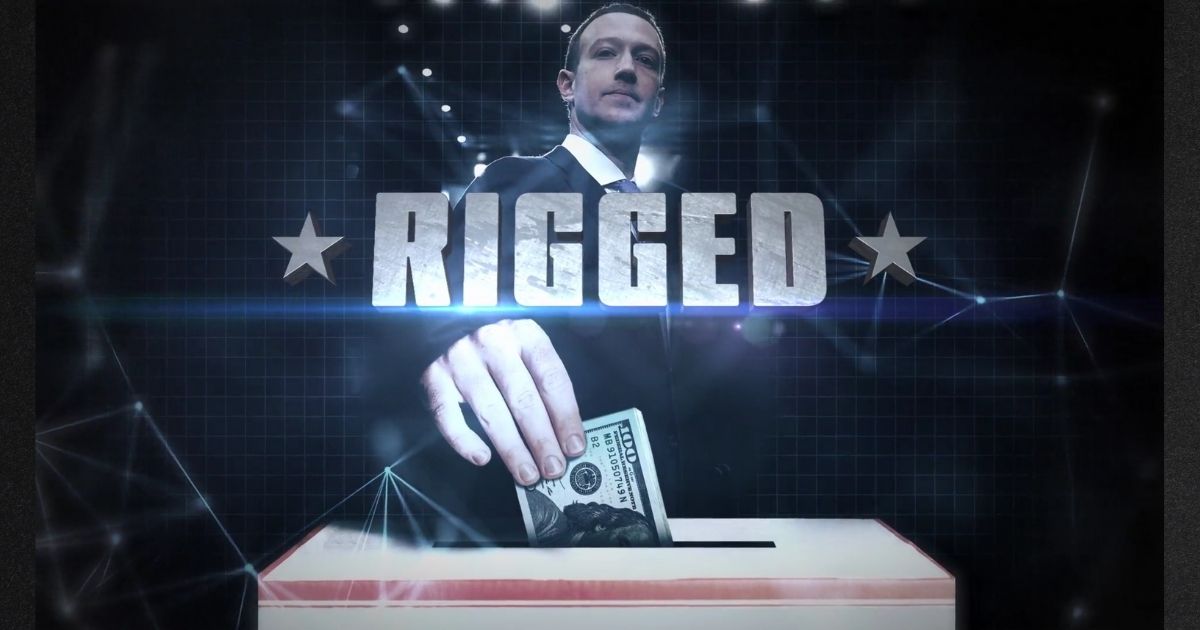 The following article, Game-Changer: ‘Rigged’ Film on 2020 Election Proves We Were Right – See the Preview Here, was first published on Flag And Cross.

Despite what the establishment media may say, there is a mountain of evidence that the 2020 presidential election was influenced by outside forces.

Two of the most influential people who likely affected the outcome were Meta CEO Mark Zuckerberg and his wife, Priscilla Chan. (Zuckerberg’s company was known at that time as Facebook; he rebranded it as Meta in late 2021.)

“Rigged” exposes just how Zuckerberg and Chan used their power to favor Joe Biden, and you can buy your copy now for just $4.99.

The trailer for “Rigged” is out now, and if it is any indication, this film is going to reveal the shocking truth behind the 2020 presidential election.

At the beginning of the trailer, leftists could be seen melting down as Donald Trump became president in 2016.

“On the day that he was inaugurated, The Washington Post did an article on impeaching him,” former Speaker of the House Newt Gingrich said.

It may have been this very anger from 2016, Gingrich said, that motivated the left to use whatever means possible to prevent Trump from winning again in 2020.

“If you try to change a system that big, the system fights back.”

The trailer continued with news clippings announcing massive donations from Zuckerberg and Chan to local governments in the lead-up to the 2020 election.

In fact, Texas Sen. Ted Cruz said it was “the most money any individual has ever spent to win a presidential campaign in the history of our country.”

If you want to see how Zuckerberg and his wife used their influence to prevent Trump from winning his re-election bid, order “Rigged” here.

The problem was that these donations were not simply kindhearted gestures to help the election run smoothly.

Instead, the vast majority of the funds were given to liberal areas in an attempt to rally the vote for Biden.

“I actually became infuriated that someone had allowed Zuckerberg to tip the scale,” former Ohio Secretary of State Ken Blackwell said.

In a clip of an interview with Trump in the trailer, Citizens United President David Bossie got right to the big questions.

“Do you believe that they used the COVID emergency as an excuse to pull this partisan voter turnout operation?” Bossie said.

Trump was short and sweet in his response.

“Am I allowed to give you a one-word answer? Yes,” Trump said.

As the trailer moved on, Cruz said there was little doubt that Trump was right in this assertion about the 2020 election.

“That’s what this was: a corrupt Democratic voter turnout operation,” Cruz said.

As the trailer concludes, Trump sums up the exact reason this film is so important for the public to see.

“It was a rigged election,” Trump said. “People have to find out what happened.”