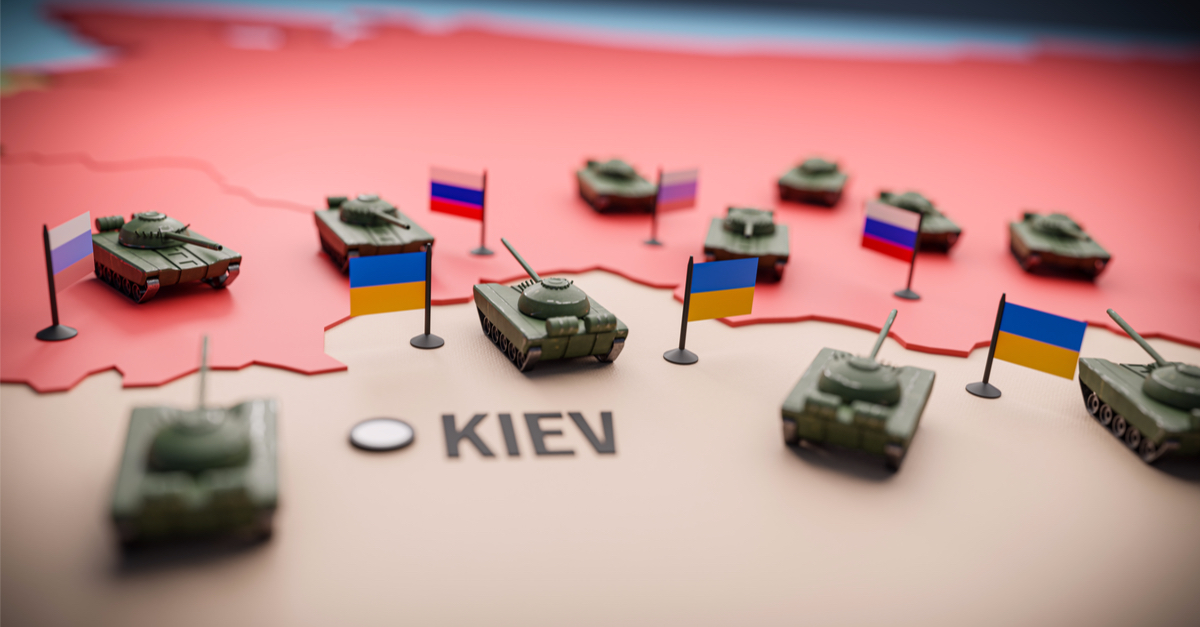 The following article, Russian Now Complaining that Ukraine is Fighting Back Across the Border, was first published on Flag And Cross.

So, let’s try to find the logic here:  Russia invades Ukraine, and the entire world essentially tells Moscow that it’s unacceptable.  But now that Ukraine is firing back at the Russian across their own border, the Kremlin is complaining to the world about it.

It’s like a bigger kid getting punched in the nose on the playground by his bullying target and then tattling to the teacher.

A Russian official accused Ukraine of mounting a helicopter attack on a fuel depot inside Russian territory Friday, as footage surfaced of the facility engulfed in flames.

The governor of Russia’s Belgorod region claimed two Ukrainian military helicopters flew across the border at low altitude on Friday morning and struck the fuel storage facility, setting millions of gallons of fuel on fire.

Ukraine remained coy about the situation, but with a nice little reality check sprinkled in for good measure.

A spokesman for Ukraine’s defense ministry declined to comment on the Russian accusations. CNN could not verify the Russian claims.

“I would like to emphasize that Ukraine is performing a defensive operation against Russian aggression on the territory of Ukraine,” Oleksandr Motuzyanyk, spokesman for Ukraine’s defense ministry, said in a televised statement Friday.

“That doesn’t mean Ukraine has to be responsible for every miscalculation or event or catastrophe that occurred on the territory of the Russian Federation. This is not the first time we are witnessing such accusations. Therefore, I will neither confirm nor deny this information.”

Russia’s invasion of Ukraine, (and their narrative surrounding it), has been a comedy of errors of late, especially after a convoy of dimwitted Russian soldiers nuked themselves by stirring up the radioactive dust in the Red Forest, later claiming that they had never even heard of the Chernobyl disaster.

Continue reading: Russian Now Complaining that Ukraine is Fighting Back Across the Border ...