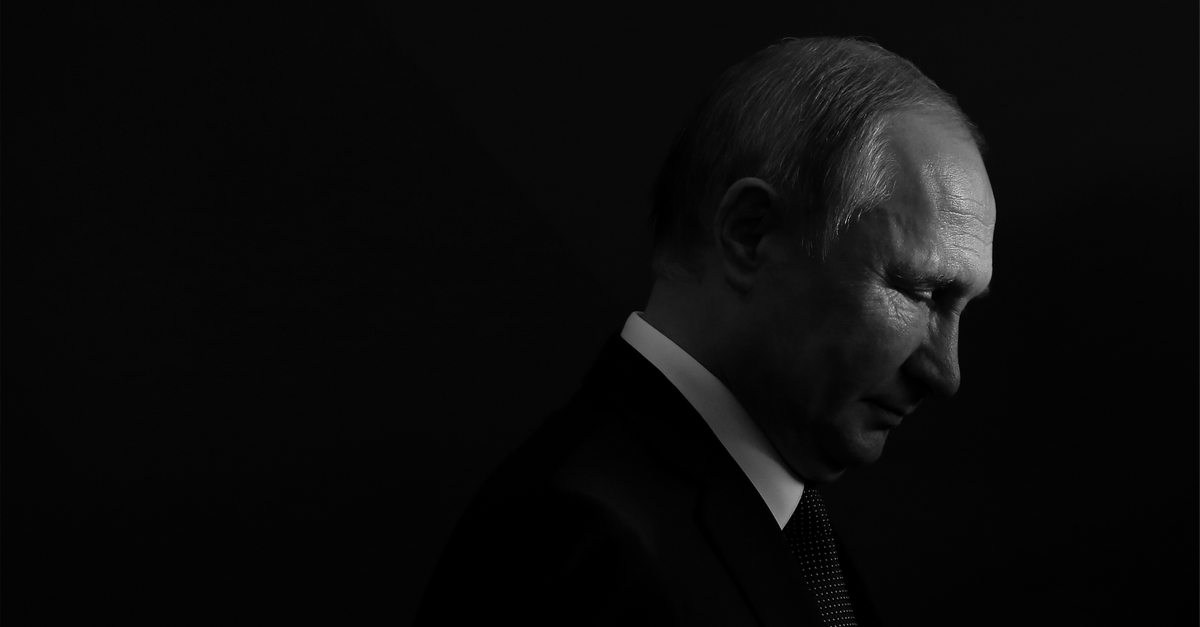 The behavior of Russian President Vladimir Putin has been erratic, to say the least.

The tyrannical menace from Moscow’s been belligerent, if we’re being honest, blatantly lying to the world as to if he was going to invade Ukraine, why he invaded Ukraine, and whether or not he’s going to achieve his goals in Ukraine.

This has many wondering just what prompted this sudden, hasty, and ill-prepared invasion.

One theory going around, based on Pentagon intelligence, is that Putin is dying of cancer.  New evidence of that reality emerged late in the week.

Vladimir Putin is ‘constantly’ accompanied by a doctor specialising in thyroid cancer, a new investigation shows.

Surgeon Yevgeny Selivanov, of Moscow’s Central Clinical Hospital, has flown to the Russian leader no less than 35 times in Black Sea resort Sochi, his favourite place of residence.

The respected doctor’s thesis – showing his area of medical expertise – was entitled: ‘Peculiarities of diagnostics and surgical treatment of elderly and senile patients with thyroid cancer’.

Putin’s appearance was a dead giveaway as well:

The discovery by investigative media Project (or Proekt) media – blocked in Russia and now functioning from abroad – backs recent theories that Putin declared war when he was suffering medical problems hidden from the Russian people.

One version is that he has been treated with steroids, leading to a bloated look around the face and neck.

If Putin really does have one foot in the grave, then his bombastic and doomed advances on the world around him tend to make a whole lot more sense.

But this fatalism could be worrisome as well, with Russia still in possession of a vast number of nuclear weapons.