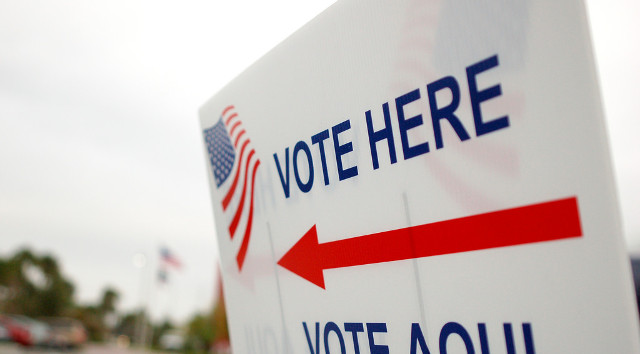 The following article, US Border State Now Requires Proof of Citizenship to Vote, was first published on Flag And Cross.

In a move that is sure to have the liberal left once again up in arms, (and with no reason to be, yet again), the Grand Canyon State has taken a bold step against voter fraud.

But, “why would the Democrats be uninterested in fighting voter fraud?”, you might ask.

Well, they certainly haven’t provided a great answer thus far when asked that same question, and so we have to assume it’s for some clandestine purpose, unable to be uprooted into the public eye without mighty damage to their reputation.

So as the federal impasse on meaningful voter security measures continues to keep the nation on edge, and with a massively important election just months away, Arizona is stepping up.

Arizona Gov. Doug Ducey on Wednesday signed legislation to expand U.S. citizenship voting requirements in the state, a measure that critics warn will jeopardize the voter registrations of thousands of Arizona residents.

In signing House Bill 2492, Ducey disputed testimony from local officials and voting rights advocates who say an unknown number of voters — predominantly older, longtime Arizona residents — will be purged from the state’s voter rolls because the last time they registered to vote, there was no requirement to provide proof of citizenship. Critics say those voters would then need to register again.

Arizona has been attempting to make such a move for well over a decade now.

In 2004, Arizona voters approved a ballot measure to add proof of citizenship as a requirement for voter registration. The measure included language that grandfathered in voters who were already registered prior to 2005, when the law took effect.

The legislation will almost undoubtedly bring disdain to Democrats, but as with their strange opposition to fighting voter fraud, it would require a whole lot of admissions for them to tell you why they’re upset.

It’s a start! Now cut off all Aid to Non-Citizens!