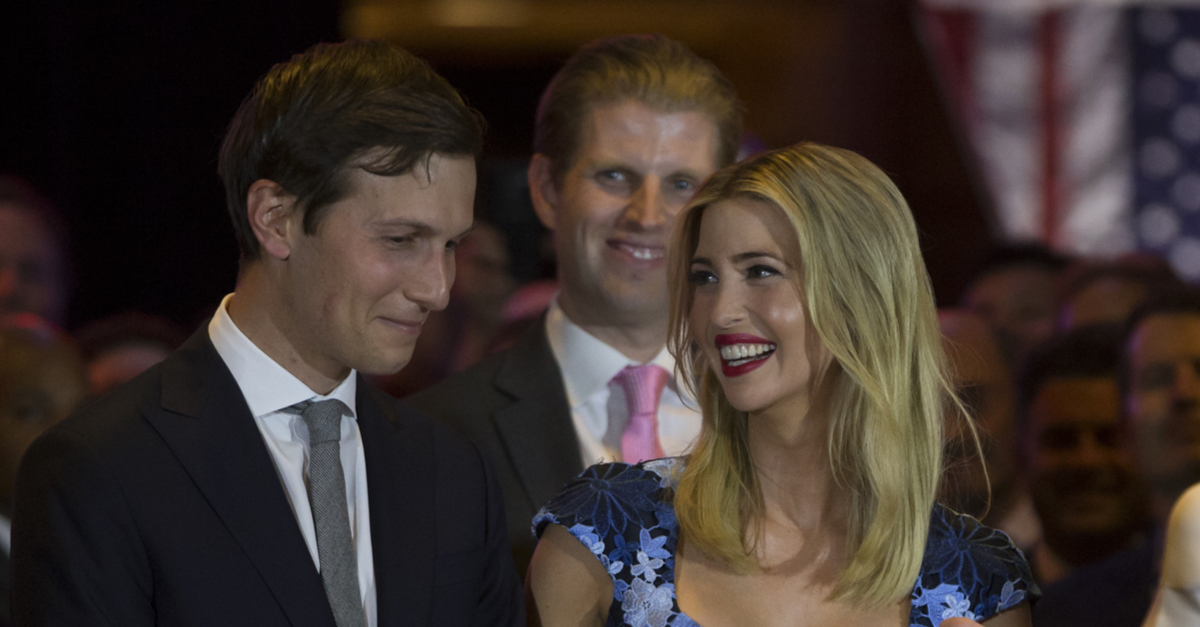 With the 2022 midterms looming, there is little doubt that the congressional committee investigating the events of January 6th, 2021 are feeling the pressure to wrap up their probe.  That election is widely believed to be swinging hard in favor of the Republican Party, who would swiftly shut down the entire investigation as soon as they got the chance.

And so, in a frantic scramble to at least salvage some political dirt out of this whole thing, it looks like the committee is aiming a little closer to Donald Trump with every shot.

Jared Kushner will appear virtually before the House Jan. 6 committee in a private hearing Thursday after the White House announced it would not assert executive privilege over Kushner’s testimony.

Kushner served as a senior adviser to former President Trump and is married to his daughter Ivanka. The Jan. 6 committee will question Kushner regarding his role in the events leading up to and during the storming of the Capitol.

And that’s not the end of it…not by a long shot.

The move will almost certainly irk Donald Trump, as targeting his family members has long been seen as a red line for the former Commander in Chief.