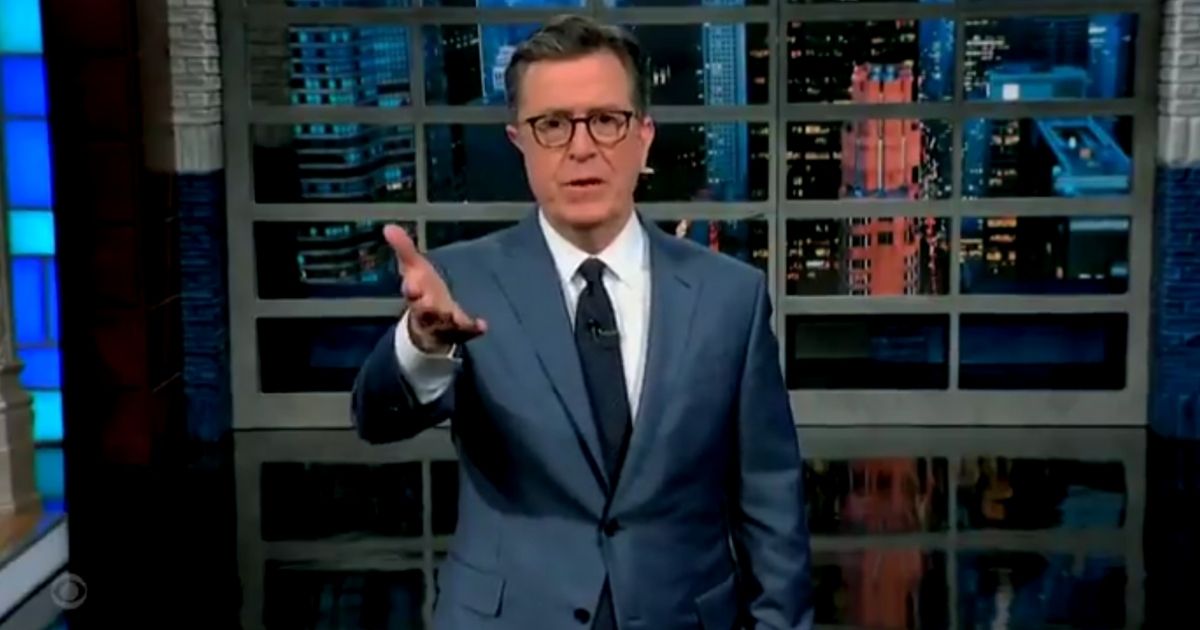 The following article, Stephen Colbert Suggests Fox News Reporter Should Be Assaulted for Asking Biden a Tough Question, was first published on Flag And Cross.

Comedian Stephen Colbert, the host of the “Late Night with Stephen Colbert” show, boldly announced that Fox News reporter Peter Doocy should be slapped for a question he asked President Joe Biden.

This comment came just one night after the comedian scolded actor Will Smith for slapping Chris Rock at the Oscars.

“Remember how on last night’s show I said that slapping is never, ever the answer? I’d like to file a one-time exemption on behalf of the president of the United States,” Colbert said.

Last Night in Comedy:@StephenAtHome: FNC’s Peter Doocy should be “slapped” for asking Biden to clarify his Russia comments pic.twitter.com/8ATENEWUuV

Colbert suggested that Doocy be slapped for asking Biden for clarification regarding a remark Biden had made earlier which alarmed many listeners regarding the war in Ukraine.

On March 24, Biden had responded to another reporter’s hypothetical question regarding what the military response would be if Russia resorted to the use of chemical weapons. Biden responded that NATO would respond “in kind,” CNBC News reported.

“We will respond if he uses it,” Biden said, referring to Russian President Vladimir Putin.

Doocy asked Biden at a later news conference what this idea of response “in kind” really meant.

“What does that mean?” Doocy asked.

“I’m not going to tell you. Why would I tell you? You got to be silly,” Biden responded.

“The world wants to know,” Doocy responded to Biden.

“The world wants to know a lot of things, I’m not telling them what the response would be,” the president replied. “Russia knows the response.”

“Uh, Peter Doocy, Fox News, I’ve got two more questions,” Colbert said. “First, what are the exact locations of all of America’s troops? And can you give me the nuclear launch codes? Just tell me, is one of them a four? Can I buy a vowel, Mr. President? I’d like to solve the puzzle, another feather in your map.”

The studio audience at the show laughed and clapped at Colbert’s comments.