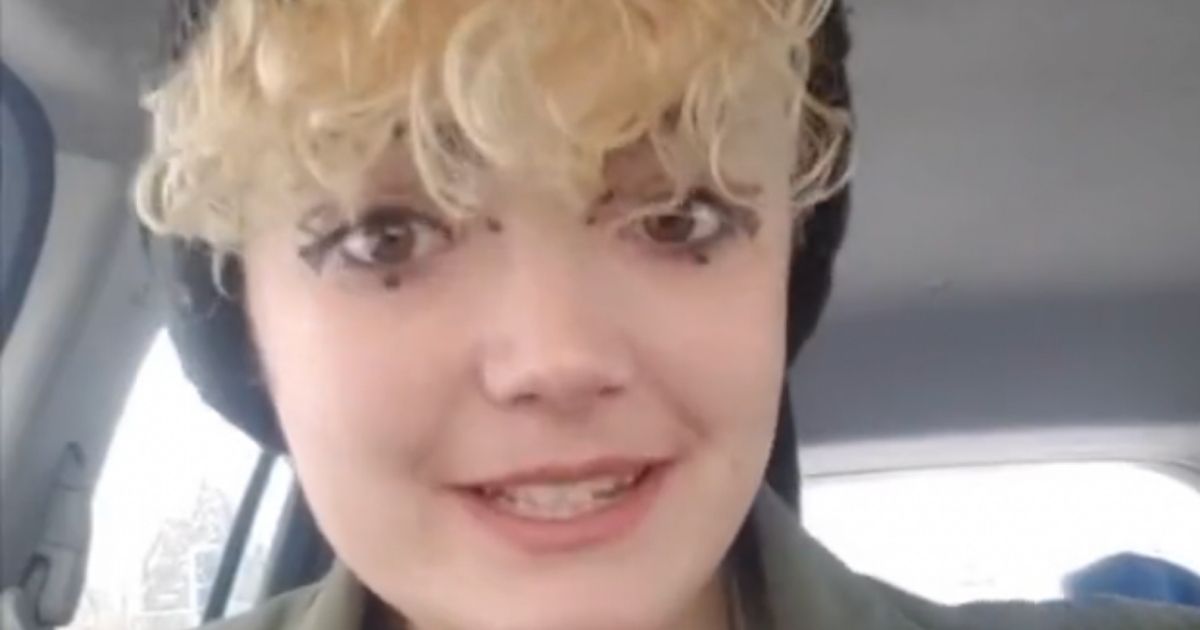 The following article, Girl Announces Gender Surgery Because Some of Her Identities Are Male, was first published on Flag And Cross.

When conservatives raise concerns about cultural rot, radical gender ideology and the influence of social media, it’s with tragic victims like this in mind.

In a video shared to the Twitter account Libs of Tik Tok on Monday, a young woman with a private TikTok account @searogue laid out the struggle she’s having beginning her gender transition to bedcome a male — but not for the reasons one might think.

The young woman is torn because, as she claims, she is “cis-gendered” while many of the 30 or so other personalities she shares her body with are male.

It seems this is an alarming mental illness wrapped in a woke worldview that makes it worse.

WARNING: This video contains language some will find offensive.

She’s getting gender reassignment surgery because some of her identities are male. We have a serious mental health crisis in this country. pic.twitter.com/Hq2Tl7pgTd

“I’m a member of a DID system and for me, right now, that means that in the coming months, I’m going to be able to watch some of my best friends and some of my closest companions get the body of their dreams that matches their gender, that makes them feel happy,” the young woman began.

“And in exchange, I’m going to have to give up my own,” she said of her female body.

For the uninitiated, this young woman is just one of the many users on social media who claim to have dissociative identity disorder — colloquially known as having multiple personalities — which is defined as a “person’s identity fragmenting into two or more distinct personality states,” according to Psychology Today.

“I’m cis-gendered, the majority of my headmates aren’t, and we’ve decided to transition,” the young woman explained. “Which means that as happy as I am for the men in my system, I am about to have to watch myself go through the wrong puberty.”

“And it’s going to be permanent,” she added in a panicked tone and on the verge of tears.

Since the true identity of this woman is unknown, it’s impossible to verify whether she is actually experiencing this disorder or whether the medical community considers her fit for so-called gender affirmation surgery — but would it be so hard to believe if it were all true?

We now inhabit a world where Dr. Rachel Levine, the assistant secretary of health in the Department of Health and Human Services who happens to be a biological male, was recently named one of USA Today’s “Women of the Year.”

We are alive at a time when the Walt Disney Company, long synonymous with wholesome children’s entertainment, has publicly objected to a bill aimed at shielding grammar school children from being groomed into the transgender ideology — among other things.

And our kids are becoming a generation enslaved by social media algorithms that serve up one perversion after the next in an endless stream of content made to have them addicted to it.

The plight of this young woman is plausible, and perhaps, she’s just one of the countless young people caught up in the perfect storm of moral and cultural destruction currently being unleashed on them — a deluge of delusion pouring in on them from all around.

“This isn’t my body. These aren’t my reactions or my memories. I have like 30 people living in my brain, and everything I do belongs to us, as a group,” the young woman lamented.

“That’s what so hellish about this disorder. My parents f***ed me up, and now I will never have full bodily autonomy,” she claimed before telling followers to congratulate the “men in my system because they get to transition.”

Young people today are being bombarded with this kind of confusion in schools, on social media, in their peer groups and even in their own families — and nobody is allowed to speak the truth to them.

Instead of experiencing the usual growing pains that run their course, these children are becoming fractured and fragmented as the society around them is no longer willing or able to provide the stability and firm reality they need.

There is nothing out there to guide them, no person to lead them to discover order and maturity because the left has worked diligently to dismantle all of the framework that used to help people like this young woman.

What she needs is not surgery or validation from the faceless bots on social media. This young woman needs the adults around her to gently guide her through her struggles until she is safely on the other side.

Instead, she is no doubt being met with people willing to nurture her delusions and encourage her to mutilate her body, so they can feel like the virtuous ones while they participate in the destruction of a young life.

She needs help, but the places young people used to count on to find it are becoming just as corrupted and warped as their young minds.

It’s clear from this issue that the divide between the left and right has never been wider — and leftists are all too eager to push our children into the bottomless pit of despair while we look on helplessly.

Continue reading: Girl Announces Gender Surgery Because Some of Her Identities Are Male ...