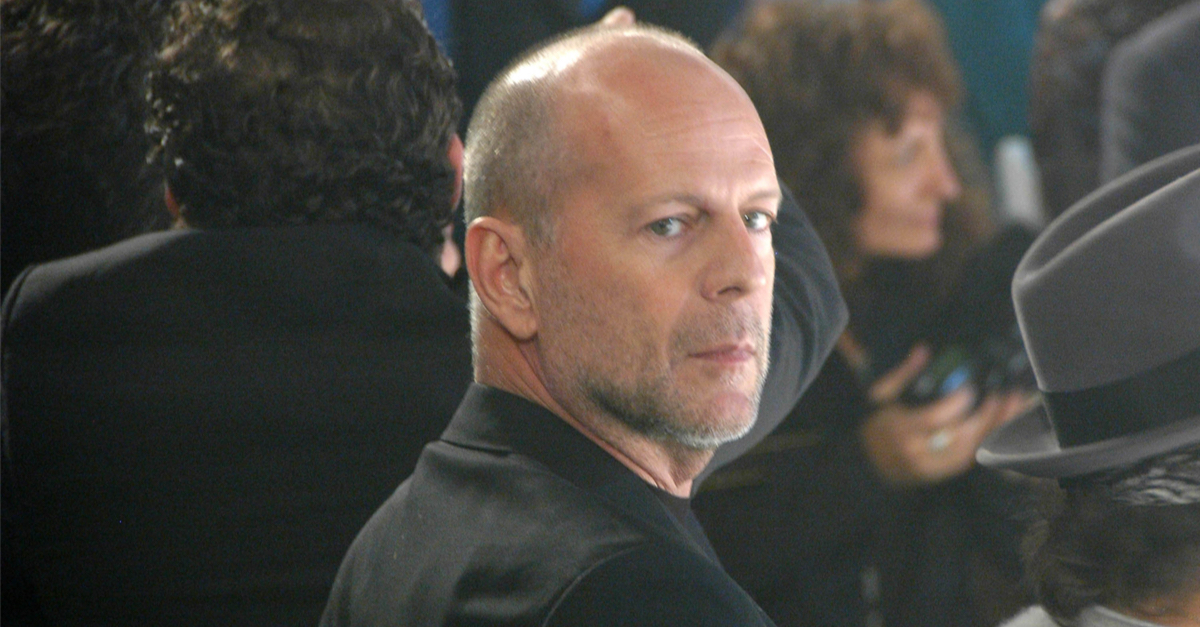 The following article, Bruce Willis Retires from Acting Due to Brain Condition, was first published on Flag And Cross.

Actor Bruce Willis is stepping away from acting after being diagnosed with aphasia.

Aphasia is a language disorder that is caused by brain damage and affects a person’s ability to speak and communicate. Aphasia is most often developed after a head injury or stroke, but it also can develop slowly because of a brain tumor or disease, according to the Mayo Clinic.

“To Bruce’s amazing supporters, as a family we wanted to share that our beloved Bruce has been experiencing some health issues and has recently been diagnosed with aphasia, which is impacting his cognitive abilities,” they wrote. “As a result of this and with much consideration Bruce is stepping away from the career that has meant so much to him.

“This is a really challenging time for our family and we are so appreciative of your continued love, compassion and support. We are moving through this as a strong family unit, and wanted to bring his fans in because we know how much he means to you, as you do to him.

“As Bruce always says, ‘Live it up’ and together we plan to do just that.”

The statement was signed by Willis’ five children along with his wife, Emma, and his ex-wife, Demi Moore.

Willis, 67, has had a career spanning decades of entertainment.

After beginning in the 1980s with uncredited roles, he won the lead part opposite Cybill Shepherd in the ABC comedy-drama series “Moonlighting,” for which he won an Emmy in 1987.

Willis rose to superstardom after playing the role of John McClane in the 1988 movie “Die Hard,” which gave rise to his first major film franchise.

He has appeared in many other iconic films, including “Pulp Fiction,” “The Sixth Sense,” “Sin City” and “Death Wish,” People reported.

Over his forty40 years of acting, Willis has been nominated for five Golden Globes (winning one) and three Emmys (winning two), according to Variety.

The actor also made three albums as a singer, was in multiple stage productions and made his Broadway debut in 2015 in “Misery,” the U.K.’s Guardian reported.

Willis’ retirement comes amid multiple projects, some completed and some still in the works.

“Vendetta,” “Fortress: Sniper’s Eye” and “White Elephant” are in post-production, but “Fortress 3” is still in pre-production and it is unclear what will happen with that film, according to the New York Post’s PageSix.

The announcement of Willis’ retirement was met with a lot of support from fans on Instagram.

There is no cure for aphasia, but the underlying cause — whether stroke, injury or tumor — often can be treated. It is common for those suffering from aphasia to have speech therapy and that can improve symptoms over time.