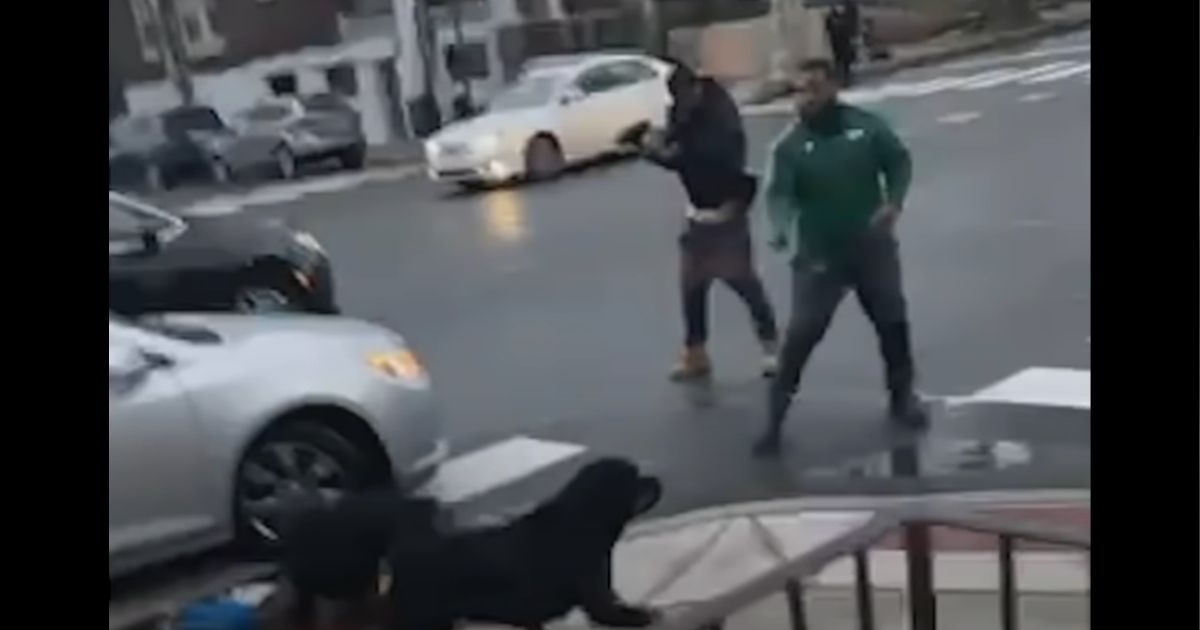 The following article, Rottweilers Maul 5-Year-Old Boy with Autism Until Hero with a Gun Comes to His Rescue, was first published on Flag And Cross.

A Philadelphia mother watched helplessly as two large dogs nearly mauled her 5-year-old son to death right in front of her.

The two loose rottweilers attacked Kasion, who has austism, on the 6100 block of Ogontz Avenue at 7:14 the morning of March 18 as the boy and his mother were headed for his school.

Nearby good Samaritans tried to help, but the vicious dogs were undeterred. People tried to beat, kick and even shoot at them with a paintball gun, to no avail.

Video of the harrowing scene showed the mother trying to hold onto her son while one of the dogs ripped him from her grasp.

Then Dwayne Patrick showed up. Licensed to carry, Patrick was uniquely equipped to assist the mother and son.

“I caught the attack on camera,” he told WPVI-TV in Philadelphia.

“So I immediately took action, hopped out and assessed the situation, told everybody to move, and discharged my firearm,” Patrick said.

“It was a lot of people out there and it was trying to — they was beating the dogs, they was shooting them with a paintball gun, trying to do anything to get the dogs off the child, but there was nothing no, nobody could do,” he said.

Patrick shot one of the dogs, and it released the boy and eventually died. The other dog was collected by the Animal Care and Control Team of Philadelphia. A search has been underway for the owners of the dogs.

The boy was taken to the hospital with multiple wounds around his feet, ankles, face and head that required stitches, WPVI reported.

A 22-year-old woman was injured by shrapnel or ricocheted bullet from the event, though at first people thought she had been shot, too. She received medical care and was said to be in stable condition.

The hero and the boy got to meet formally as the boy returned home from the hospital. Patrick and his girlfriend had get-well cards at the ready for the family, and Patrick had a message for the boy.

The boy’s mother said she was incredibly thankful to Patrick for stepping in to help but did not want her face or name identified.

Police said Patrick will not be facing any charges, according to WPVI.

Continue reading: Rottweilers Maul 5-Year-Old Boy with Autism Until Hero with a Gun Comes to His Rescue ...