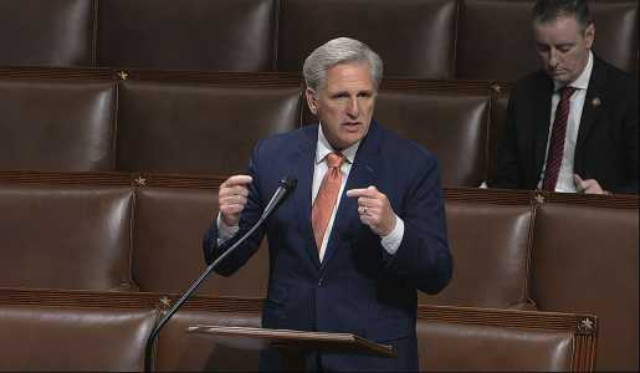 For many of us, House Rep. Madison Cawthorn’s suggestion that there are lavish, orgiastic political parties in Washington DC wasn’t surprising.  Nor was the notion that the nation’s lawmakers might dabble in illegal drug use; after all, we’ve been conditioned by the media to believe politicians are inherently sleazy, and we’ve all watched enough House of Cards to get this sort of idea ingrained in our heads.

But thinking it and saying it aloud are two very different things, particularly for members of Congress, and Cawthorn appears to be on the verge of some scolding from GOP leaders.

Rep. Steve Womack (R-Ark.) stood up in a House Republican Conference meeting on Tuesday to address the comment, according to a source in the room. Other members also expressed that they were upset at Cawthorn’s allegations.

In response, McCarthy said that he would speak to Cawthorn about the racy remarks. Politico first reported the exchange.

The 26-year-old first-term congressman made waves after he appeared on the “Warrior Poet Society” podcast last week and was asked whether the Netflix television drama “House of Cards” was “closer to a documentary.”

“I look at all these people, a lot of them that I’ve looked up to through my life, I’ve always paid attention to politics,” Cawthorn said. “Then all of the sudden you get invited to, ‘Well hey, we’re going to have kind of a sexual get together at one of our homes, you should come.’”

He added that he has seen people who advocate for fighting against addiction do cocaine in front of him.

This isn’t the first time this month that Cawthorn has found himself in the crosshairs of the party, after suggesting that Ukrainian President Volodymyr Zelenskyy is “a thug” just days ago – a statement that received a swift rebuttal from many of his fellow Republicans.