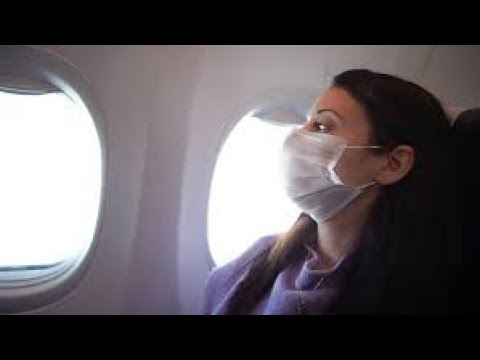 Florida is joining a federal lawsuit to end mask mandates for air travelers.

“Florida has led the nation in standing up to misguided federal government policies and fighting back against heavy-handed mandates that have no scientific backing,” Republican Gov. Ron DeSantis said in a statement on his website. “If politicians and celebrities can attend the Super Bowl unmasked, every U.S. citizen should have the right to fly unmasked. It is well past time to get rid of this unnecessary mandate and get back to normal life.”

DeSantis noted that the mandate was supposed to end March 18, but was extended until April 18 by the Biden administration. Although DeSantis was outspoken about air travel, the mask mandate covers all forms of public transportation, as well as transportation hubs such as bus stations or train stations, according to Axios.

“If you have somebody sitting in the window seat nibbling on peanuts for two and a half hours, they can have their masks down, but someone in the middle seat just wanted to read a magazine without the mask, that turns into a big problem,” DeSantis said. “In Florida, we have to let people live their lives.”

“This order is completely outside the bounds of the scope of federal power,” she said. “President Biden’s shortsighted, heavy-handed and unlawful travel policies are frustrating travelers and causing chaos on public transportation.”

DeSantis said it is long past time for COVID restrictions to be set aside in the name of common sense.

“I think most people thought this was going to go the way of the buffalo, first you have an extension, then you have Fauci coming out saying they may need to impose additional restrictions in the future, and we need to let people live their life,” DeSantis said, according to WFLA-TV.

“If you look at what’s going on around the country, in Florida we’ve been very clear that we want people to make their own decisions, we don’t believe in COVID theater,” he continued.

DeSantis said the Biden administration needs to catch up with the country.

“Though you do see lingering elements of that, even the most restrictive states are starting to repeal vaccine passports and some of these mandates. You still have this federal rule that was just extended forcing people to wear masks on airplanes,” he said.

Moody said the legal basis for the mandate is shaky, at best.

“The CDC and the federal government and Biden administration never had the power to issue this order originally, and now we are seeing that almost 75 percent of these unruly, sometimes violent incidents are based on this unlawful mask mandate.”

Moody said the requirement has impacted not just travelers, but also those required to enforce the mandate.

“Many people don’t realize that this unlawful order carries not just civil penalties, but criminal penalties. Although in the same order they mandated folks, unfounded, unnecessarily wear masks throughout the United States and transportation hubs and that includes taxis and Ubers and ferries and all of these other transportation methods, not just planes, they also included in it a criminal penalty,” Moody explained.

“So you can imagine if you are a flight attendant or someone who works within an airport or on a ferry or an Uber driver, you are now charged with enforcing this unreasonable requirement.”

“What is not surprising what is within the same mandate, which is unlawful, they say they’re going to issue a civil and criminal penalty but they say ‘oh don’t worry we probably won’t even enforce the criminal penalties,’ which is MO for this administration throughout the nation, which causes so much chaos and confusion when they don’t even enforce their own laws,” Moody said.

Moody said there is one place where some travel restrictions might be welcome, however.

“I think the governor would agree that we would hope that this administration take their tough on travel stance to the border, it seems that the protection of the American people takes a backseat to this radical scheme,” she said.