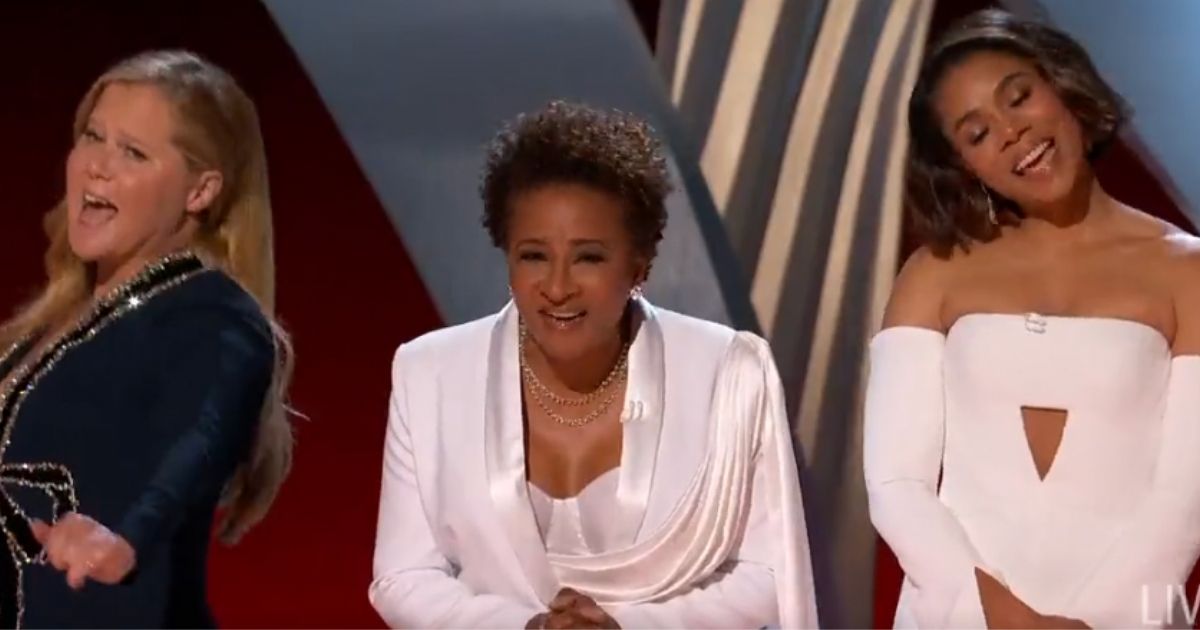 It’s not that there wasn’t any wokeness at Sunday’s Academy Awards. It’s just that nobody cared about it the moment Will Smith slapped Chris Rock.

In reality, the moment was fitting. Hollywood morality has always been a matter of do as I say, not as I do. Finally, for one Oscars, what Hollywood does spoke a lot louder than what Hollywood says.

However, in case you missed what Hollywood was saying on Sunday, it was the word “gay.” A lot. Because, you know, the media has been trying to push the fiction that you can’t say the word “gay” in Florida, all thanks to a bill which doesn’t ever mention the word “gay” and merely prohibits lessons on sexual orientation and gender identity for those in 3rd grade and under. (The Western Journal has been busy noting how the media has distorted the bill — and will continue doing so. You can help us bring America the truth by subscribing.)

The spokeswoman for GOP Florida Gov. Ron DeSantis had the perfect word for it: “CRINGE!!!” she tweeted on Monday in response to hosts Regina Hall, Amy Schumer and Wanda Sykes doing a bit about the law.

In case you missed it — it came before the one-hit Smith-Rock heavyweight bout — it began with Sykes saying, “We’re gonna have a great night tonight.

Oscars: How can we collapse our ratings lower and get even more people to hate us?

So we can definitively add “dancing” to the list of things Amy Schumer can’t do effectively, along with “comedy” and “acting.”

She also had another take on the Oscars’ bit, this time in response to a Variety tweet about it.

“Florida will never recover from this,” she said, along with a laughing-sweatdrop emoji.

Florida will never recover from this

And then, Pushaw drove the point home with a quote tweet from someone who responded to her tweet with, “Super funny to watch your state be attacked by lies on a night that used to be a fun annual tradition. Woke broke award shows.”

“Being attacked by these degenerates is a badge of honor,” Pushaw said.

Being attacked by these degenerates is a badge of honor

If Hall, Schumer and Sykes were hoping their mordant humor would forestall the bill, it didn’t work; DeSantis signed it on Monday.

“We will make sure that parents can send their kids to school to get an education, not an indoctrination,” DeSantis said at the signing, according to the Associated Press.

And thank heavens — because if the Oscars proved one thing, aside from the fact Will Smith needs anger management therapy, it’s that indoctrination is insanely, ridiculously “cringe.”