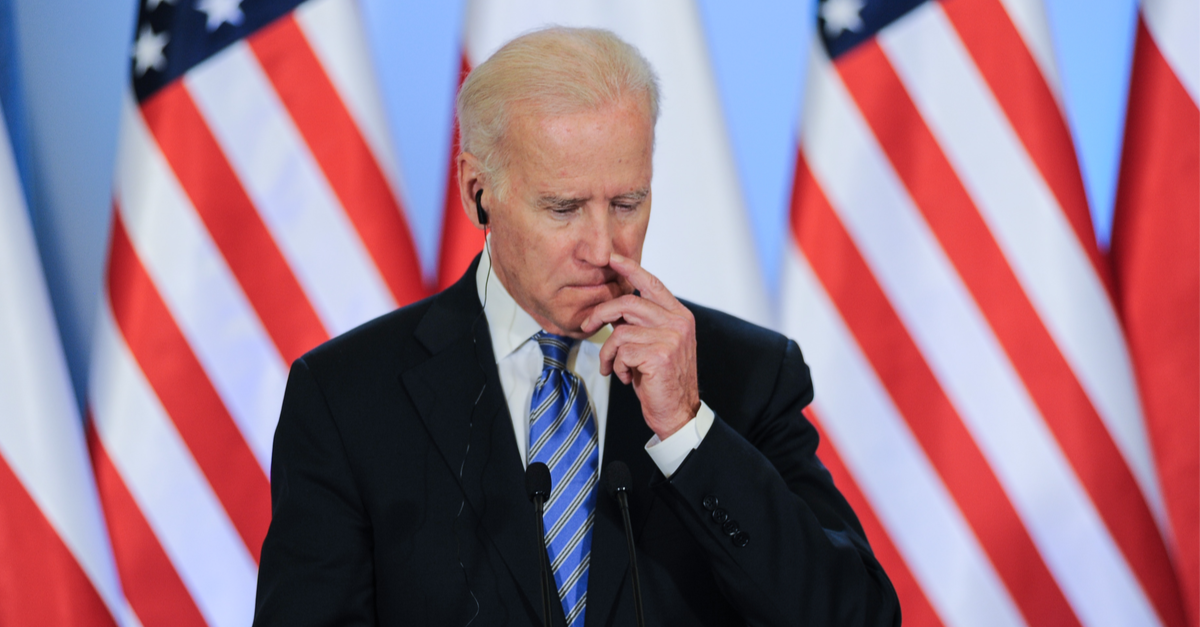 As Joe Biden once again returned to the American political stage during the 2020 election cycle, the world was quickly reminded of the trouble that he’s had as an orator before.

And no, this is not some low-brow remark on President’s work to overcome a stutter.  We’ll leave that sort of classlessness to the pros at other outlets.  This sudden reemergence of the reluctant candidate some two years ago was simply a reminder that Biden is well known for his gaffes and erroneous ad-libs.

His latest such trouble came as he seemed to suggest that Vladimir Putin be removed as the head of the Russian government – a quip that the White House and State Department have spent a great deal of time attempting to whitewash over the course of the last several days.

As Biden himself looked to distance himself from the remark, the nation was again made aware of the President’s lecturing lurches.

President Biden held a “cheat sheet” of prepared answers for a key question during his White House news briefing Monday – a question about why his remarks on Saturday suggested support for regime change in Russia.

Several reporters asked the president to address his comment, “For God’s sake, this man cannot remain in power,” which he made at the conclusion of a Saturday speech in front of the Royal Castle in Warsaw, Poland.

The President said that we have been taking him at his word erroneously.

Biden insisted he is not “walking back” his comments, seeking to separate his wish for President Vladimir Putin not to be leading Russia from an official policy that would seek to remove him.

“I was expressing my outrage at the behavior of this man,” Biden said, calling the Russian president’s behavior “outrageous” and that his comments about him were “more an aspiration than anything.”

If Biden can’t get the first statement right, and if he cannot convince us of what he meant to say without help from some pre-planned answers, there may truly be something to the suggestion that his cognitive capabilities are waning.