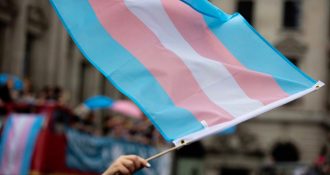 Four states enacted or are set to enact laws protecting women’s sports from the madness of transgender “women” with Utah defeating the governor’s veto, and Kentucky, Oklahoma, and Arizona are one step closer to similar laws.

On Friday, the Utah state legislature reversed Gov. Spencer Cox’s attempt to destroy the state’s move to protect women from transgender cheaters by reversing Cox’s veto of the state’s bill that would ban biological males from competing against natural-born women.

Last week, the legislature had sent the bill to Cox to sign, but he vetoed the bill, instead. But by Friday, the Utah House and Senate found they had enough to override Cox’s veto.

The House voted 56-18 and the Senate voted 21-8 to override the veto, the Salt Lake Tribune reported.

Kentucky, Arizona, and Oklahoma are also moving to ban men pretending to be women from playing with natural-born women in school sports.

All three states have passed bills that would protect women’s sports from radical transgenderism.

It is likely that the governors of Arizona and Oklahoma will sign the bills into law, but not clear what Kentucky’s Democrat Gov. Andy Beshear will do.

The movement is growing and now about one third of U.S. states have passed laws banning transgender athletes from competing as women.

The states that have already enacted such laws include Alabama, Arkansas, Florida, Idaho, Mississippi, Montana, Tennessee, Texas, West Virginia, South Dakota, and Utah. Several other states are also in the process of considering similar laws.