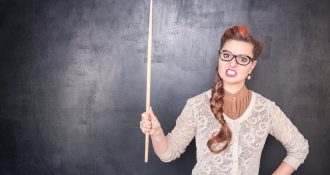 Remember when governments claimed that educating kids and teaching them reading, writing, and arithmetic was important? That was all so yesterday. Now they are being taught radical, woke, anti-American ideologies instead of things useful to their well-being and growth.

Folks, don’t think this dangerous lunacy is only happening in deep blue Illinois, or California and New York, either. This stuff is happening in every singles government school in America.

Illinois is only the latest to change its “education standards” (of which they are neither education, not standard) to push polices to groom children for gays and transgenders.

But it won’t do any of that, and it isn’t supposed to. Instead, what it does is push the youngest of children to “learn” that dangerous gay sex practices are normal for little children to engage in.

Democrats have a purpose with these dangerous policies, folks. They want to breakdown any resistance kids might have to radical sexual practices so that when they meet predators they will more easily succumb.

The reason Democrats want to do this is to cleave kids away from the family unit and to place them in thrall to the state. They want the innocence of children destroyed so that they can be molded into good government robots.