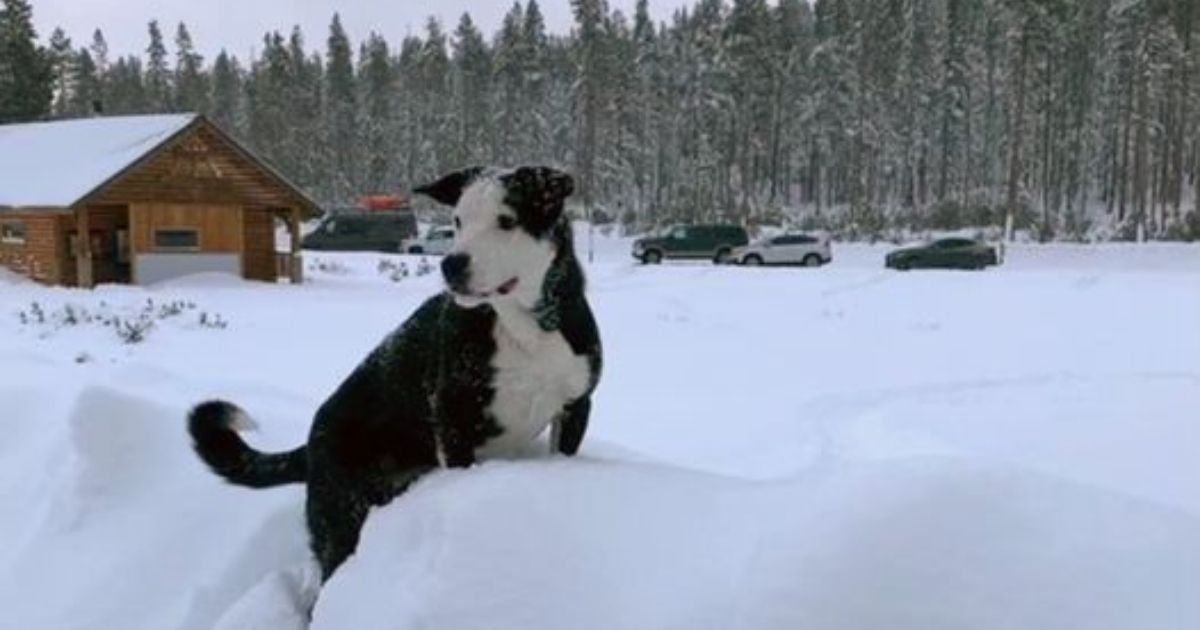 The following article, Missing California Man’s Dog Found Wandering Alone in Oregon: ‘We Are Devastated Beyond Belief’, was first published on Flag And Cross.

Tyler Evans’ car was located near the California-Oregon border, but the 21-year-old was nowhere to be found.

After a week, his mother, Donelle Hansen-Evans, posted on Facebook to try to get the word out and ask for people’s help searching his last known location.

When Evans went missing, he had his dog with him. Ali, a border collie, shepherd and coyote mix, is black and white and less than a year old.

On Wednesday, Siskiyou County Search and Rescue joined the efforts.

“We searched today and received some wonderful news from extra due diligence by my cousin Nikki Lankford!” Hansen-Evans posted on March 15.

“Siskiyou County Search & Rescue along with other teams will be pinging his phone at 7am and we will start the search at 10am tomorrow, Saturday and I believe through Sunday or until we find him. They will be bringing scent & cadaver dogs and have aerial support as well! Thank you to the Governor for signing off on this so that we can hopefully locate our son.”

But the next day — which happened to be the day before Evans’ birthday — his mother posted a concerning update. Ali had been found in Trail, Oregon, about an hour from the California border, but there was still no sign of Evans.

“The dog (pictured here) was located off Crowfoot Road near Trail, Ore,” the Jackson County Sheriff Oregon Facebook page shared on Saturday. “The missing owner was not found with the dog and his vehicle was located in California.

“We are seeking the public’s help in determining how the dog ended up off Crowfoot Road. If you had any contact with the missing man, picked up the dog, or have seen her in Jackson County, please contact JCSO Sgt. Shawn Richards at (541) 591-1843. Any information would greatly assist our efforts.”

As the days wore on, more agencies joined in the search. The Siskiyou Sheriff’s Office, Jackson Sheriff’s Office, search and rescue teams for the area, Hornbrook Fire and Rescue and even the Civil Air Patrol pitched in to help.

“Nothing again today but we covered a lot of ground,” Hansen-Evans posted in a Saturday update. “We will be heading out tomorrow and would love to have horses, quads, dirt bikes, anything!!!

“We have to return to work on Monday — he has been missing for 11 days!!! As parents, we are devastated beyond belief.”

Hansen-Evans wrote that while the family was still hoping Tyler will be found soon, many have had to stop searching and return home. She publicly thanked everyone involved, saying their support has “given us strength each day.”

In what she called her “final update” on Monday, she wrote, “Thank you all for all of your efforts. Today concludes our search. We found nothing. We are heartbroken beyond belief, may share more with you all down the road but for now, we seek only your love and support.”