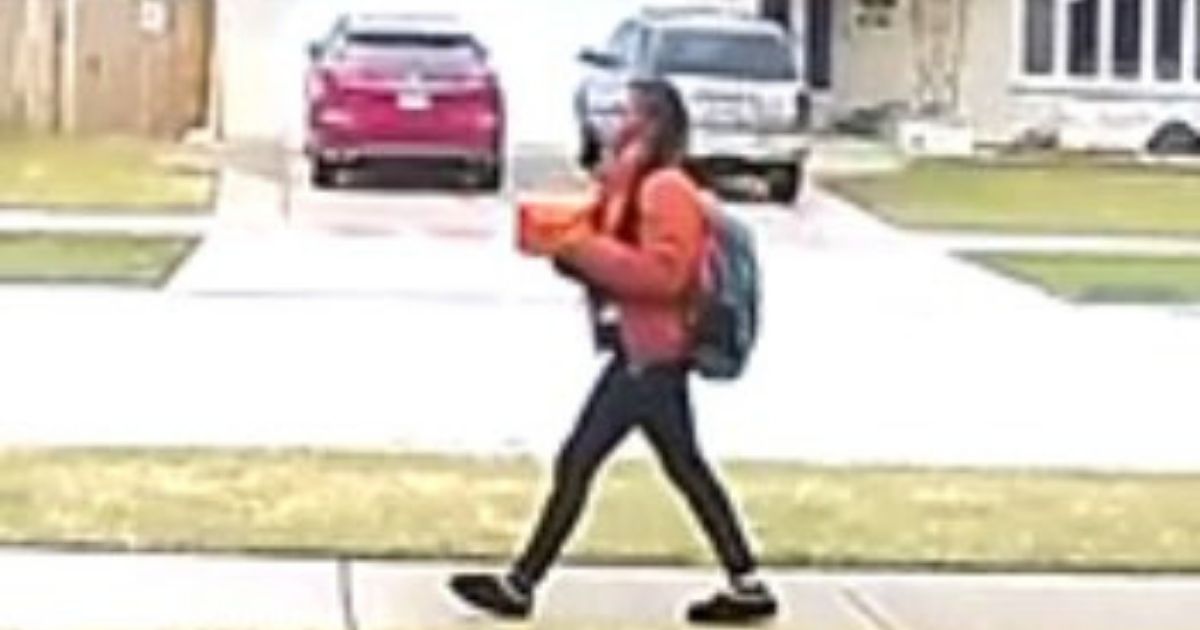 The following article, Elderly Woman Robbed at Gunpoint After Opening Door for Group of ‘Candy Sellers’, was first published on Flag And Cross.

An elderly resident of a Chicago suburb was robbed at gunpoint on Tuesday after opening her door to people pretending to sell candy.

According to police, the Oak Lawn woman’s doorbell rang about 6 p.m.

At the door was a female “posing as if she was selling candy,” the Oak Lawn Police Department said in a news release, according to WMAQ-TV in Chicago.

A male with a handgun then forced his way into the home and knocked the elderly woman to the ground, police said. She was held on the ground at gunpoint while a second man entered, and the robbers ransacked her home.

The robbers then fled the scene with a fourth person who was driving a white Kia Optima, police said.

The elderly woman suffered minor injuries in the attack.

Oak Lawn police tweeted photos of the suspects that were captured by a nearby security camera.

Home Invasion 4600 block of 105th Pl occurred the evening of March 22nd. If you can help identify the individuals pictured please contact the OLPD Detective Division at 708-907-4051 pic.twitter.com/pEkwp6K9Hx

This is not the first time something like this has happened.

On March 8, a woman in Stockton, California, experienced a similar situation.

In broad daylight, a young man knocked at her door pretending to sell candy. The woman opened the door and was then attacked by three other people with guns.

Residential Robbery Investigation: A suspect who posed as a candy vendor, along with additional armed suspects, robbed a victim yesterday in the 10300 blk of Joplin Ln. Anyone with info, please call SPD at (209) 937-8377 or Crime Stoppers at (209) 946-0600. pic.twitter.com/cHuFQr7FlT

Overall, there has been a significant increase in crime in the United States, particularly since 2020.

Murders were up 5 percent from 2020 to 2021, continuing a trend from the previous year.

“The U.S. murder rate rose 30% between 2019 and 2020 – the largest single-year increase in more than a century, according to data published this month by the Centers for Disease Control and Prevention (CDC),” Pew Research reported.

One of the authors of the Council on Criminal Justice report, Richard Rosenfeld, said rising prices in recent months might have a connection to the rise in crime.

Inflation hit 7.9 percent in February, which was the highest rate since 1982, Trading Economics reported.

“There’s a good deal of research indicating that when inflation is up, crime rates tend to go up,” Rosenfeld told CBS News. “And so what I think we need to keep our eye on as the pandemic — let’s hope — continues to recede, is the impact of inflation on crime.”