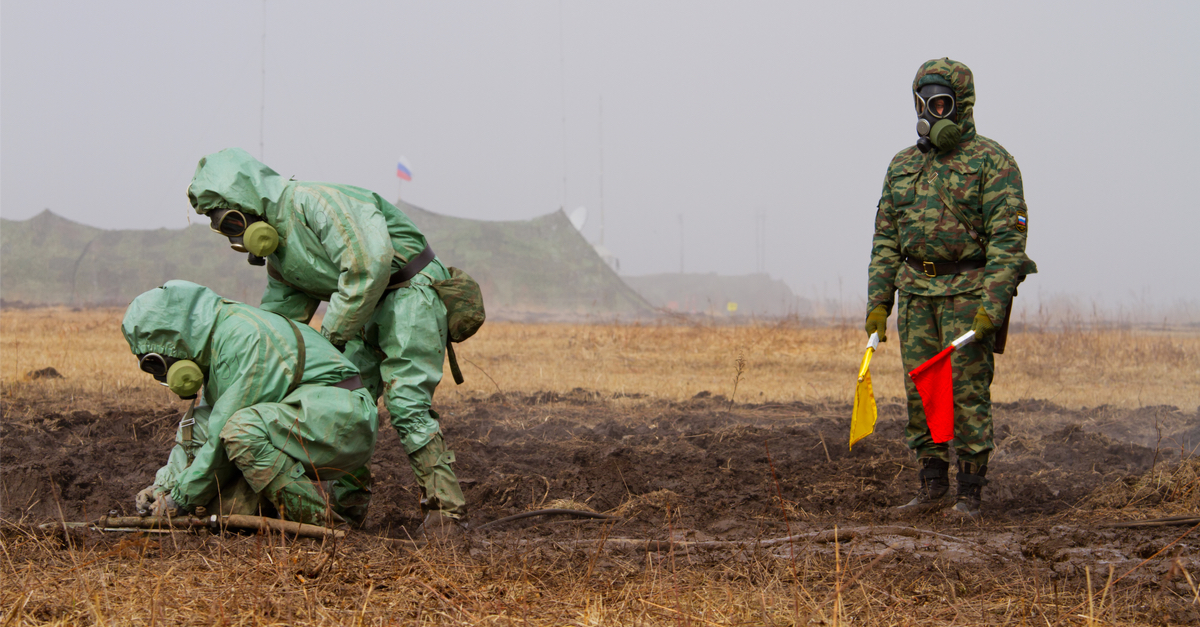 The following article, Biden Says US to ‘Respond in Kind’ if Russia Uses Chemical Weapons, was first published on Flag And Cross.

With much of the world wondering what could be next in the Russian invasion of Ukraine, there is an increasing sense of unease building.

Russia is doing ostensibly poorly in their invasion, with their military now looking absolutely foolish.  This, in turn, has heads at the Kremlin rolling, and Vladimir Putin growing ever more belligerent in his actions and reasoning.  There are very serious concerns, backed up by fresh intelligence, that chemical weapons may very well be the next stop in this genocide.

That is something that could pull the United States directly into the conflict.

President Biden on Thursday said the United States response to Russia’s potential use of chemical weapons would “trigger a response in kind,” but said the type of response would depend on “the nature of the use.”

During a press conference in Brussels, Belgium after Biden participated in an emergency NATO meeting to discuss international efforts to support Ukraine and punish Russia for its invasion, he was pressed on if the United States has collected intelligence that suggests the Kremlin is moving to deploy chemical weapons.

The answer was stern.

When pressed whether Russia’s use of chemical weapons could prompt a military response from the U.S. and NATO allies, Biden maintained that there would be some type of response.

“You’re asking whether NATO would cross – we’d make that decision at the time,” Biden said.

Let’s all hope, for the sake of the planet as a whole, that this doesn’t come to pass.