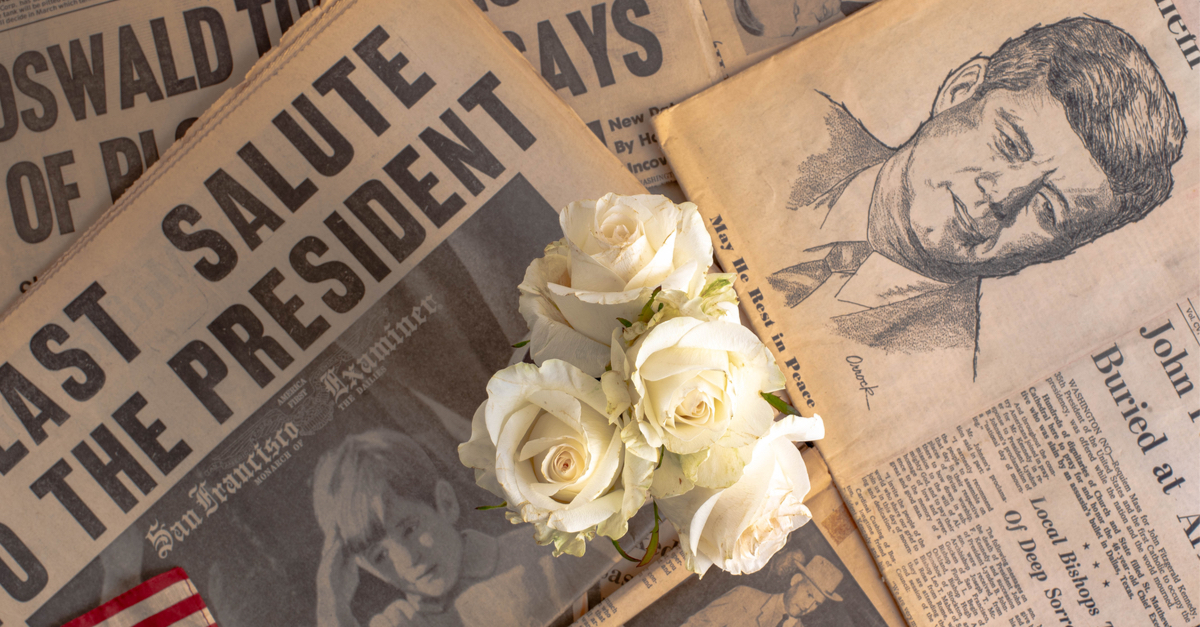 The following article, With No Sense of Closure, there Can Be No National Unity, was first published on Flag And Cross.

1963 was a pivotal year that still reverberates in 2022. In November of that year, a handful of days before Thanksgiving, President John Kennedy was shot and killed. Unknown by many people today, the mystery surrounding his death was completely solved 30 years later in 1993 and presented in the book Case Closed, by investigative reporter Gerald Posner.

In Case Closed, Posner walks the reader through every conceivable detail of the case. He shows conclusively how and why, acting alone, Lee Harvey Oswald, committed the crime. He explains how the “magic bullet” took the angles that ballistics predicted, which has since been confirmed repeatedly with today’s high technology equipment.

Noted historian William Manchester, after reading Posner’s book, said that he couldn’t imagine anyone having any further doubt about the fact that Lee Harvey Oswald, on his own, assassinated JFK.

U.S. News & World Report found Posner’s work to be so convincing that the magazine would never feature another “who shot JFK?” book review again. Yet, 29 years after Case Closed, new mythology and conspiracy theories about who killed Kennedy is still being be concocted and added to the glut of information you can’t use, information which serves no one.

Do not make the mistake of lightly regarding the misinformation surrounding JFK’s death. The nature of society changed as nearly an entire generation suspected that a conspiracy, perhaps a government-led conspiracy, might have brought down the leader of the free world, in broad daylight. Who knew what level of cynicism about government, the press, and truth itself would ensue?

Yet, a majority of the U.S. population still believes that President Kennedy’s assassination was the result of some type of conspiracy. In other words, the case has been long solved without any sense of national closure.

I submit to you, that the nature of your life was altered, even if you were born well after 1963, as a result of the unreality, misinformation, and cultural in-completion that have glutted society’s receptors.

This situation represents more than a mystery for the uninformed: It potentially signals the start of Baby Boomers and Gen Xers unwittingly entering an era where no issue is ever settled. And that has impacted our psyches.

Are we not supposed to be able to fully investigate such events, especially those that shook a generation, a nation, and the world? What unrecognized psychological scars has the lack of closure surrounding the JFK assassination stamped into our collective cerebrums?

When major cases aren’t closed and when such issues linger on and on, everyone suffers. For example, the results of the 2000 presidential election in Florida, with its endless legal motions, and court appeals has spawned debates, arguments, and accusations that exist to this day and no doubt will linger on for years.

Currently, most people on the Right understand how widespread the Democrat’s election fraud and criminality happens to be, perhaps not merely in 2020, but in earlier elections. Those on the Left, ensconced in the mainstream media bubble that has perpetrated hoax after hoax for four years, deny that any such schemes have occurred. In any case, the 2020 election will be highly contentious for the rest of our history, and leave its mark on each of us.

History Up for Grabs

When no closure is on the horizon, the media wins, the pundits win, and one candidate wins or steals a win. Everyone else loses. The contemporary turf wars fought in this age of in-completions, particularly in the political arena, retroactively now extend to virtually everything that ever happened, whether you’re assessing U.S. history, the formation of our nation, world history, the origins of Islam, the origins of Christianity, and so forth.

When every inch of political terrain is contested everywhere, around the clock, and when all public discourse is subject to interpretation, reinterpretation and revision, and nothing is final, wears on humanity and notably trickles down to the level of the individual.

History occurs on a macro level, but no closure leaves its mark on each of us.

Continue reading: With No Sense of Closure, there Can Be No National Unity ...