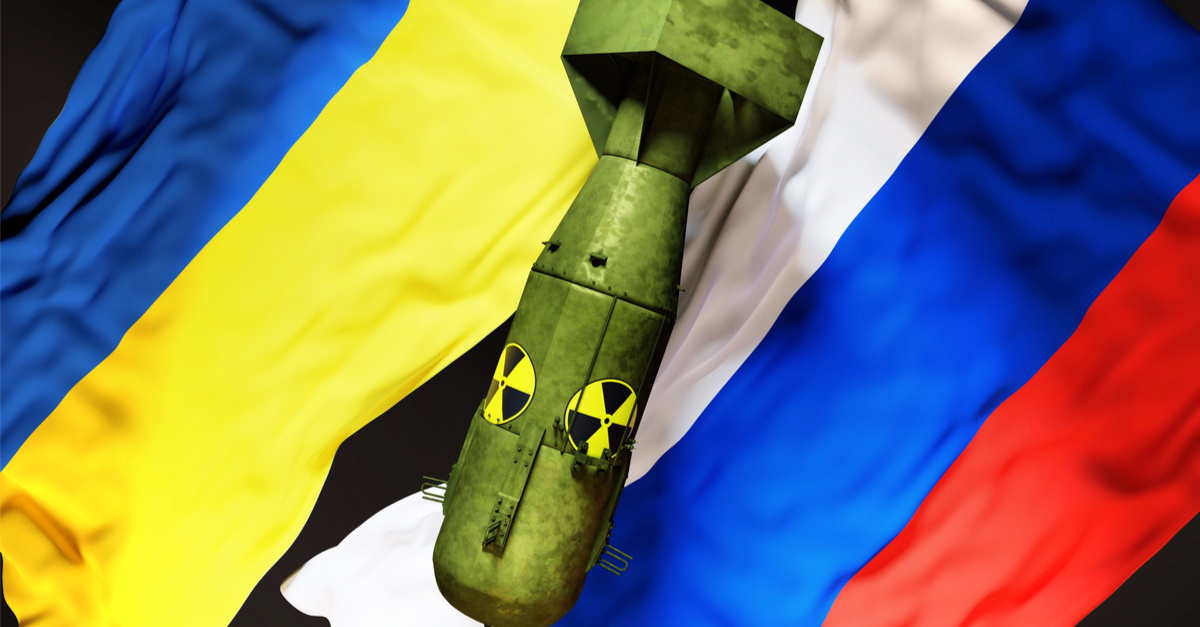 The following article, Kremlin: Nuclear Strike in Ukraine Not Off The Table, was first published on Flag And Cross.

It has been wholly impossible to understand the motivations of Russian President Vladimir Putin of late, as his actions in Ukraine, and his reasoning for them, have been fraught with gibberish and nonsense.

Putin first claimed he was “de-nazifying” the sovereign nation…whose beloved President is himself Jewish, and a descendent of Holocaust victims.  Then, as Russian troops destroyed shelters, hospitals, and residences, Putin continued to suggest that these were secret military outposts.

Kremlin soldiers have even gone so far as to fire upon peaceful protesters and those waiting in line for bread, and the culmination of these heinous acts has now landed Russia a formal accusation of war crimes by the US.

And now, as the Russian invasion has been largely stalled, Putin’s henchmen at the Kremlin are once again raising the specter of deploying nuclear weapons.

Dmitry Peskov, Russian President Vladimir Putin’s press secretary, would not rule out the possibility of Russia using nuclear weapons if it is faced with an “existential threat,” and admitted Russia has not achieved its goals yet in its invasion of Ukraine in an interview with CNN on Tuesday.

When asked by CNN if Russia would consider using its nuclear weapons, Peskov replied, “If it is an existential threat for our country, then it can be.”

Peskov said that Putin “hasn’t achieved yet” his goals in Russia’s invasion, with the army not having yet taken the Ukrainian capital of Kyiv or topple the Ukrainian government after three weeks of war and thousands of reported Russian casualties.

Moscow’s military doctrine includes provisions for using tactical nuclear weapons on the battlefield, in response to just about anything, just so long as someone from the Kremlin proclaims that the target is a threat to the stability of Russia herself.

Continue reading: Kremlin: Nuclear Strike in Ukraine Not Off The Table ...