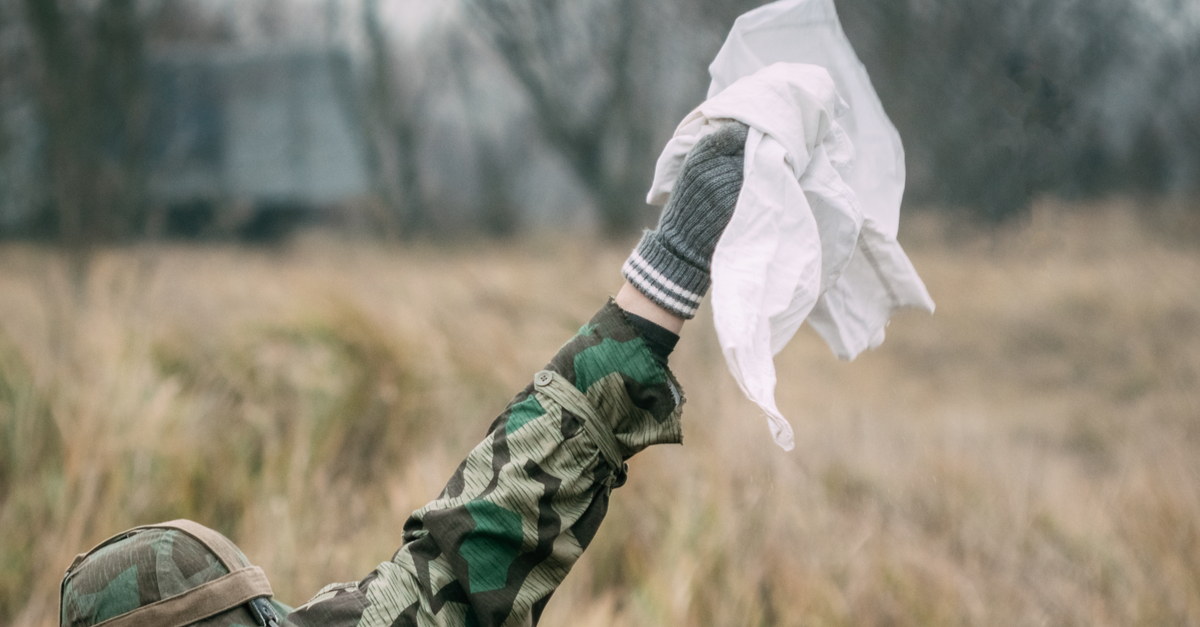 The following article, Russian Soldiers Shooting Themselves to Avoid Front Lines, was first published on Flag And Cross.

Russia’s military has long been one of the most-feared in the entire world, but, at this point, no one could tell you why.

Sure, they have plenty of nukes, and American cinema sure did a good job of creating the appearance of emotionless comrades of considerable size and strength posing a very real threat to the United States during the heyday of the Cold War.

If we take a look at the sort of behavior we’ve seen in Ukraine over the course of the last several weeks, however, a very different sort of picture is beginning to emerge.

With reports of harsh punishments waiting for the soldiers who desert the field back in Russia, it is reported that some are taking extreme measures in order to escape the fighting.

According to Belarusian media outlet NEXTA, an intercepted Russian forces conversation suggests that desperate Russian troops are “looking for Ukrainian ammunition in order to shoot themselves in the legs and go to hospital”.

In another intercepted conversation that was made public on Saturday (March 12), a Russian soldier is heard saying: “They’ve been shooting at us for 14 days. We’re scared. We’re stealing food, breaking into houses. We’re killing civilians.

“Russian officers shoot themselves in the legs to go home. There are corpses everywhere. They collected eight wagons of cargo 200.”

American intelligence agencies have also been privy to incidents in which Russia soldiers have simply abandoned their military vehicles and walked off into the woods, presumably to find a new life far away from where the Kremlin can find them.