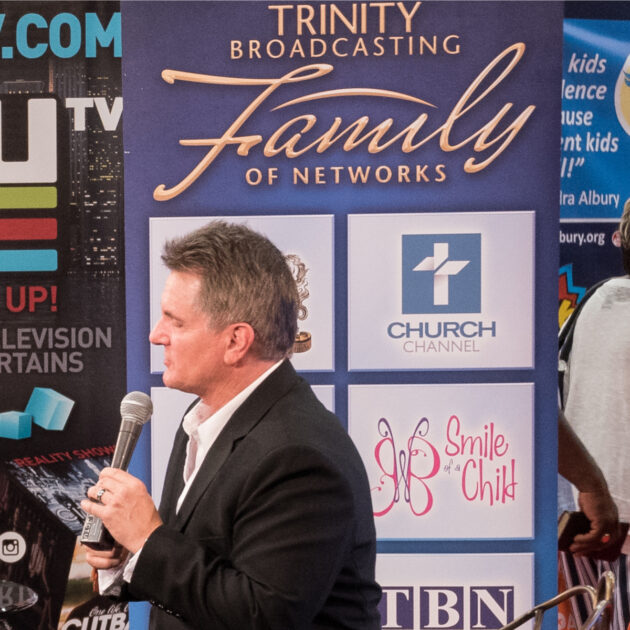 The largest Christian broadcasting network in the world is set to venture into the news world.

According to Axios, Trinity Broadcasting Network will launch a news show entitled “Centerpoint” to air  7:30 p.m. ET on weekdays.

The network has tapped two former Fox News employees to contribute to the program.

“Centerpoint” is not designed to be politically biased, and Axios said it plans to “lean into Christian values.”

Clemente said this program is just the start of his vision for TBN’s news venture, Axios reported. He hopes to use it as a springboard to launch more news shows for TBN.

McKelway told Axios he will start by inviting newsmakers onto the show, with hopes of possibly bringing on recurring panelists down the line.

Tomorrow, March 2nd, join Doug McKelway and @GovMikeHuckabee for the latest updates on the ongoing crisis in Ukraine. Doug and Mike will be at the news desk LIVE at 7 and 9PM ET! pic.twitter.com/IQDKLb5Kad

According to its website, TBN is available to 98 percent of television households in the United States. It is the most-watched faith channel in the country, according to Nielsen ratings.

In addition to its success stateside, TBN reaches more than 175 countries in 14 different languages, Axios reported.

The network partners with broadcast channels in other countries, such as TBN UK and “Miracle Channel” in Canada.

The network hosts multiple U.S. channels, and the most successful one is called simply “TBN.” Axios reported the channel is most known for broadcasting recognizable preachers, including Joel Osteen and Joyce Meyer.

The second most successful channel is TBN Inspire, Axios reported. While it includes some similar preaching programs, it also broadcasts gospel and other worship music.

While TBN has a large catalog of programs, “Centerpoint” will represent its first true prime time news show.