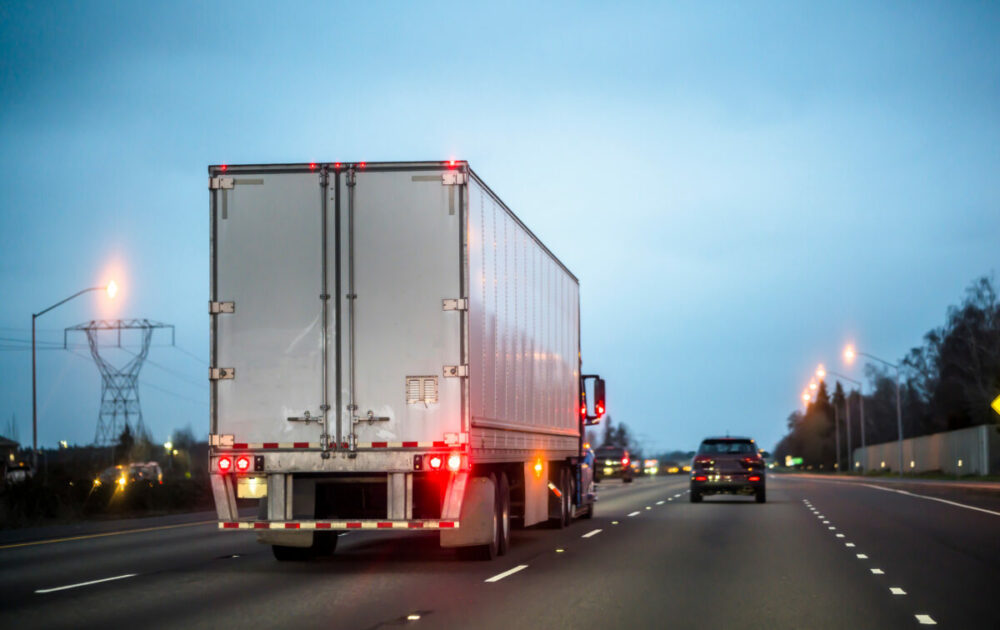 The Canadian Broadcasting Corp., the state-run broadcaster up north, spent the first weeks of February whipping Canadians into a frenzy over the dangers posed by the Freedom Convoy trucker protests over COVID-19 mandates.

Now that the Freedom Convoy has been cleared from the streets of Ottawa by a police crackdown, the CBC is reporting on the lasting damage of the protests: Namely, “phantom honking.”

According to a Friday report from the CBC, some residents of the Canadian capital of Ottawa are still hearing vehicle horns like those used by the protesting truckers despite the fact the protests have long since left the city, which one psychologist described as a type of “mild trauma” from the event.

This is the kind of reporting one can expect regarding COVID protests anywhere in Canada, which were treated as if they were some kind of grave affront to society despite, being peaceful. Meanwhile, try looking for any coverage of “phantom looting” being experienced by those who lived through the George Floyd riots.

(Here at The Western Journal, we’ve been cataloguing the double standard in the media’s reporting on protests depending on what point they’re making — and we’ll continue doing it. You can help our work by subscribing.)

The CBC’s report on the lingering effects of the protest has to be read to be believed:

“Kevin uses one word to describe the first days of the protests in downtown Ottawa: torture,” it began.

“Literally there was trucks right underneath me,” said Kevin, whose last name was not provided by the CBC. “It was one thing for me, but I’ve got animals. I’ve got three cats, two dogs. So yeah, it was torture.”

Kevin was not alone, according to the BBC report, which noted that the trucks had been removed the week before but “some downtown residents say they’re haunted by ‘phantom honking’ — what sounds like blaring truck horns, but no actual sounds are there.”

“When you hear that noise, it’s like, ‘Oh, are they back? Is there a road convoy coming back, right?'” a man identified as Sean Flynn told the CBC.

Flynn doesn’t live in downtown Ottawa, but a whopping three kilometers away from where the honking was going on. (That’s 1.86 miles in freedom units.) Still, he could hear them — and boy, was he triggered.

“I felt I was constantly doing these sort of double-takes … it almost feels a bit re-traumatizing,” Flynn said.

A downtown Ottawa resident identified as Zakir Virani told the CBC he’s been kept awake by the “phantom honking.”

The trucks have left Ottawa, but ‘phantom honking’ lingers for many downtown https://t.co/WfRsNN6krZ #ottnews #ottawa pic.twitter.com/6nroNQcnps

“It’s hard to explain because I think with any post-traumatic stress-induced thinking, it’s not very rational. You’re not actually hearing honking,” Virani said, telling the CBC he’s been experiencing “constant on-edgeness” and “fear” when he steps outside, post-protests.

“It’s not good for anyone to feel that way,” Virani said.

Note that Virani was never in any physical danger — unlike, say, the elderly female protester with a walker who was seen in a widely shared video being knocked down by mounted police during the crackdown.

However, an Ottawa-based clinical psychologist still said people like Kevin, Flynn and Virani are experiencing a type of “mild trauma.”

“These sounds become sort of embedded in mind, kind of like the way trauma leads to flashbacks,” Dr. Peter Liu told the CBC.

“Even long after this has happened, the brain is still in a hyper-vigilant state and expects more honking.”

Liu said it was “temporary and it will always fade with time,” although the CBC noted that “[i]f the problem continues, he said people shouldn’t hesitate to reach out to a doctor or mental health professional.”

It’s easy to groan and say that those experiencing “constant on-edgeness” or “re-traumatizing” because of this so-called “phantom honking” phenomenon need to get over themselves. And while they probably should, let’s not forget the only reason they were in “a hyper-vigilant state” was because the country’s pro-government media and Canadian politicians whipped them up into a frenzy.

The CBC and other outlets portrayed the Freedom Convoy protests — originally over a vaccine mandate for truckers but which came to encompass a general dissatisfaction with Canada’s COVID-19 restrictions — as a grave existential threat.

Canadian Prime Minister Justin Trudeau did, too — so much so that he invoked the country’s Emergencies Act, greatly expanding government powers to deal with the protesters.

Are Canadian media to blame for the hysteria that surrounded the Freedom Convoy?
Yes: 0% (0 Votes)
No: 0% (0 Votes)

Money and vehicles were seized. Peaceful demonstrators were jailed. But it was always the truckers who were the threat. And — gasp! — they used their horns in protest of Canada’s COVID mandates and policies.

Now, after helping whip people like Kevin, Flynn and Virani into a frothing frenzy, the CBC returns to document their experiences with “phantom honking” — and imply that it was the truckers who are at fault.

As the CBC noted, some Ottawa residents are currently involved in a class-action lawsuit against the protest organizers. If those suffering from “phantom honking” damage are looking for someone to sue, they may be tempted to join in.

I’d recommend they go after the CBC and other pro-government media outlets instead, but that’s just me.

Since Trudeau went full Nazi for a time, showing the world his true colors it will be interesting to see if he will be re-elected. I’m not taking any bets either way.