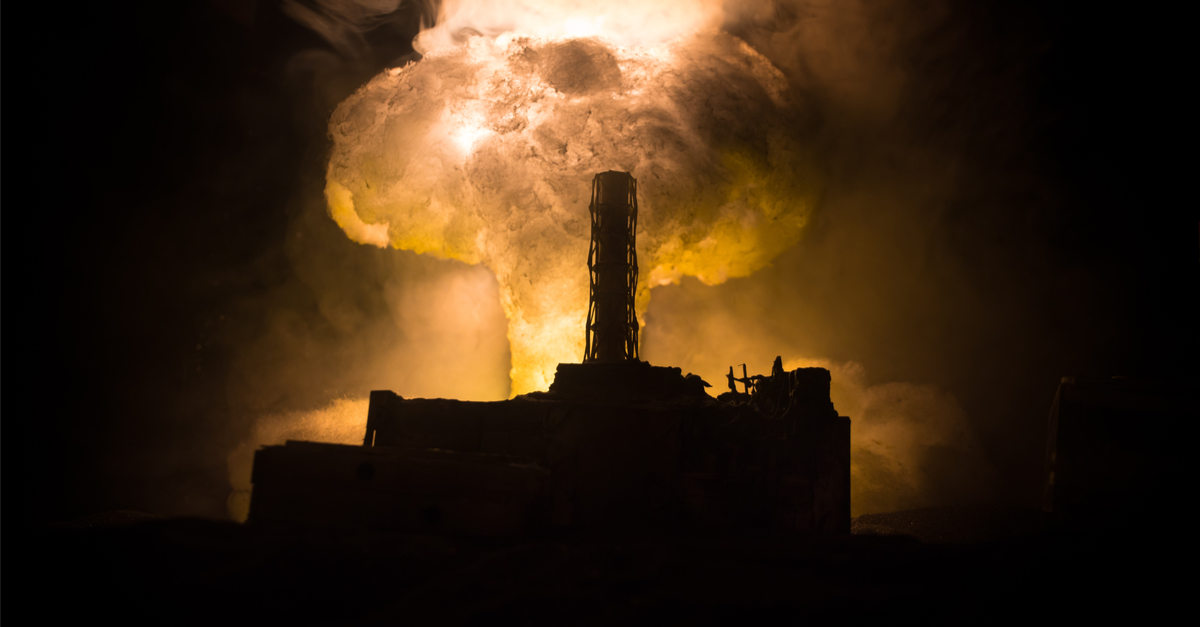 The following article, Russia Now Battling for Control of Chernobyl Nuclear Site, was first published on Flag And Cross.

Perhaps it is the perfect, awful metaphor for the situation that the world finds itself in today:  The Chernobyl nuclear power plant.

The site hosted one of the most horrid human tragedies of all time in 1986, as a the Soviet Union attempted to deflect and deny a catastrophic meltdown of the plant’s reactor, diluting rescue and cleanup efforts and sickening thousands, if not millions.

After the fall of the Soviet Union, Chernobyl’s host city of Pripyat became a part of Ukraine.

Now, with Russia invading Ukraine outright, there are reports that Kremlin troops are attempting to take and hold the area surrounding the nuclear disaster, whose deadly radiation is being shielded to the outside world by an ultra thick concrete sarcophagus.

“Our defenders are giving their lives so that the tragedy of 1986 will not be repeated … This is a declaration of war against the whole of Europe,” Zelensky wrote in a tweet.

The Ministry of Foreign Affairs of Ukraine in a tweet also warned that a Russian attack on Ukraine “may cause another ecological disaster.”

“In 1986, the world saw the biggest technological disaster in Chernobyl … If Russia continues the war, Chernobyl can happen again in 2022,” the ministry wrote.

The Chernobyl disaster spread nuclear dust around much of Europe and beyond, carried on the natural winds of the eastern hemisphere.  Should the sarcophagus be penetrated, or worse, there is no telling when the inherently incompetent Russian government would get around to re-sealing it.