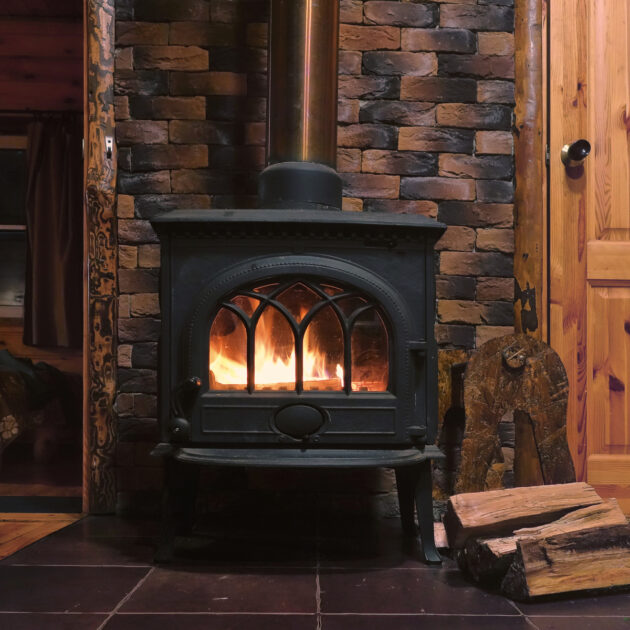 The following article, Wood-Burning Stoves Redeemed as Environmentalists’ Scare-Mongering Stats Go Up in Smoke, was first published on Flag And Cross.

Another day, another left-wing narrative goes up in flames.

Last year, the U.K. government cracked down on woodburning stoves after an internal report claimed they caused massive amounts of air pollution via the release of fine particulate matter (PM2.5) emissions, a pollutant that’s damaging to the environment and to health.

“The Government figures released last year suggested home wood and coal burning contributed nearly half of all fine particle emissions, but the most recent figures from Defra suggest it is overall less than a quarter of the total,” the Express said.

“Defra announced a ban on wet wood and bagged coal in 2020, claiming burning the materials at home was the ‘single largest source’ of PM2.5 despite only 8 per cent of UK homes burning fuel indoors.”

In other words, it turned out that sloppy data collection was the catalyst for the British government’s war on woodburning stoves.

The government had “mistakenly logged newly-installed stoves as additions rather than replacements, which likely skewed the results,” the Express reported.

Once again, it appears that environmental fearmongering stoked by climate alarmists over woodburning turned out to be yet another false narrative.

New today: The government got its pollution stats wrong. Previous claims that wood-burning stoves are the biggest source of fine particle pollution now being revised. In fact it’s manufacturing/construction https://t.co/9LRZ9F56lT

The war on woodburning stoves is shocking since these timeless, efficient heaters run on a renewable resource — trees. So why were radical environmentalists up in arms against them?

Andy Hill, the chairman of the Stove Industry Alliance, believes even the current, downgraded figures about the environmental impact of woodburning are inflated.

“The SIA has long maintained that the volume of wood fuel used to calculate the previous figure had been significantly overestimated,” Hill said in a Thursday news release. “The SIA would welcome further research into particulate matter source apportionment for domestic combustion, as we believe the true figure from modern wood burning stoves is significantly lower.”

Meanwhile, left-wing climate activists such as Simon Birkett of Clean Air in London are still demanding a ban on woodburning stoves, notwithstanding their environmental impact.

“It is still an enormous percentage of the most powerful pollution. Whether it is 17 per cent or 38 per cent, it’s still an extremely serious problem,” Hill told The Telegraph.

For the record, being alive contributes to incremental environmental damage. That’s just reality.

For reference, Earth has undergone five significant ice ages, according to History.com. Four occurred long before humans were around.

In 2019, the nonprofit Competitive Enterprise Institute published a 38-page report spotlighting the numerous failed predictions made by Democratic politicians and other climate alarmists over the past five decades.

“Modern doomsayers have been predicting climate and environmental disaster since the 1960s,” the report said. “They continue to do so today. None of the apocalyptic predictions with due dates as of today have come true.”

The conclusion of the 50 years of failed apocalyptic predictions was that the false prophets hyperventilating about imminent existential threats were doing so to push partisan political agendas.

Just as they did with the race card, the left has weaponized “climate change” to stoke panic in order to push socialist policies that have little to do with the environment and everything to do with raising your taxes and taking money from one group to give to another.