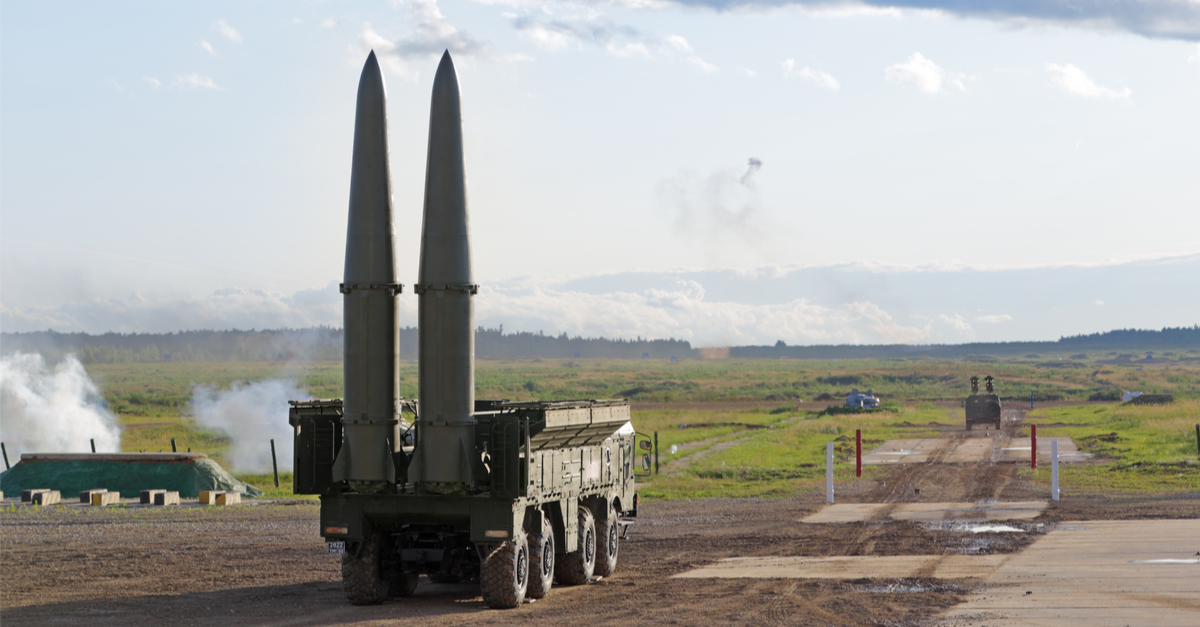 Vladimir Putin, despite his fondness for speaking out of both sides of his mouth at the same time, has made one thing very clear in recent days:  Those who look to interfere with his plans to rebuild the Russian empire had better be ready for trouble.

The Russian President used a nonsensical treaty to recognize two new “breakaway states” this week, both of which are still very much a part of Ukraine.  This was all a cover for the Kremlin to send troops into the region as “peacekeepers” – a thinly-veiled ruse that the world has already deemed invalid.

But, should anyone try to stop him, Putin wants them to know what sort of trouble awaits.

Putin has given a chilling warning that “weapons without parallel in the world have been put on combat duty”.

His threat was delivered on Defender of the Fatherland Day – three days after he watched two of the new missiles tested from a Bond villain style “situation room”.

“We will continue to develop advanced weapons systems – including hypersonic,” he said.

Putin’s hypersonic missies are believed to be unstoppable with modern defense systems, due to the sheer speed at which they travel.

This isn’t the first time that the Kremlin has threatened nuclear retaliation against those who would seek to prevent an annexation of Ukraine.  Weeks ago, one of Putin’s known media mouthpieces issued a dire warning that opponents of the plans would be “turned to radioactive dust”.