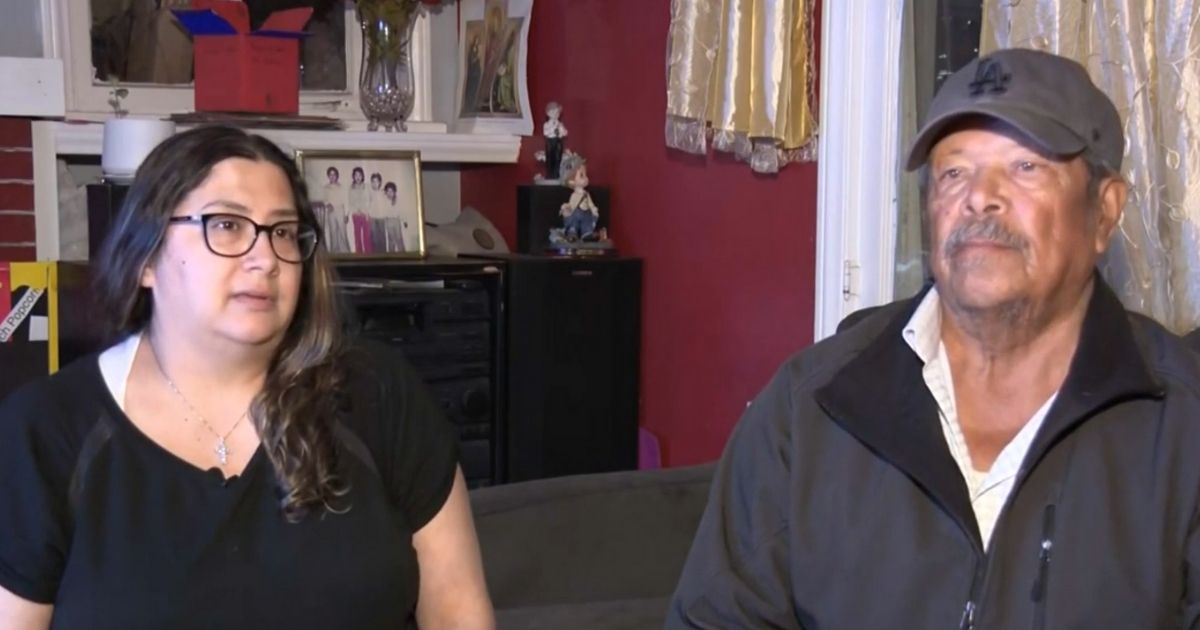 The following article, Lost Man with Dementia Returned Home 24 Hours Later, Thanks to Mystery Good Samaritan and Uber, was first published on Flag And Cross.

On Feb. 8, 79-year-old Joaquin Lopez headed out the door of his home in East Hollywood, California, around 4 p.m. Going for a walk at that time of day was part of his normal routine.

But on that day, Lopez did not return from his walk.

As the hours passed, his family grew more and more concerned — not least of all because Lopez suffers from dementia.

“My father-in-law is missing if anyone sees him please call local police in Hollywood,” Estela Bueno, Lopez’s daughter-in-law, posted on Facebook. “He is wearing pink shirt and blk pant and hat. He’s name is Joaquin Lopez 79 yrs old and had dementia. Last seen on Western and Beverly. Height is 5’10.”

“We were afraid, you know, maybe somebody could jump him, take his money away or you know … and he doesn’t know what’s going on,” Bueno said in an interview with KCAL-TV in Los Angeles.

“We were all driving until 4 o’clock in the morning. Our family tried to come home and go to sleep. I couldn’t because everybody just kept on calling me.”

It wasn’t until the next day that the search was finally ended, more than 24 hours later, when Bueno’s mother-in-law went outside and found Lopez standing there.

They don’t know exactly what happened, as Lopez can’t recall much of his misadventure, except to say that he thinks he slept in some bushes. What they’ve been able to piece together is that he somehow ended up about seven miles away in Culver City.

At that point, an unknown woman apparently found him, checked his ID and hired an Uber to drive him back to the address listed on his card.

The Uber driver took Lopez home, and that’s when the family discovered he’d been returned safely to them.

“I hugged the lady,” Bueno said of the driver. “I hugged her and I asked her if she know who … the lady was, she didn’t know. She just told me she was Asian and that she had paid for it and to just make sure that this was the place where he lived.

“I just want to know where she is, who she is. I want to hug her. I want to thank her, because she brought him home.”

“I want to thank all the people for their prayers and great love you gave us for Don Joaquín Lopez,” she posted on Feb. 9. “Thank you for your help in sharing your disappearance and wanting to help. Already back safe and sound blessed be God. Thank God he’s back with his family.”

While the family would like nothing more than to be able to thank their hero in person, they know that Lopez has someone watching out for him.

“God had place — placed her there to bring him home, because who knows where he would’ve ended, and there’s good people out there that, that do good things,” Bueno said.

The family also has said that from now on he will be escorted on his walks, and they have added an AirTag (a small tracking device commonly used for car keys and other valuables that can be located with an iPhone) to his belt so they’ll have a better chance of finding him if he does wander again.