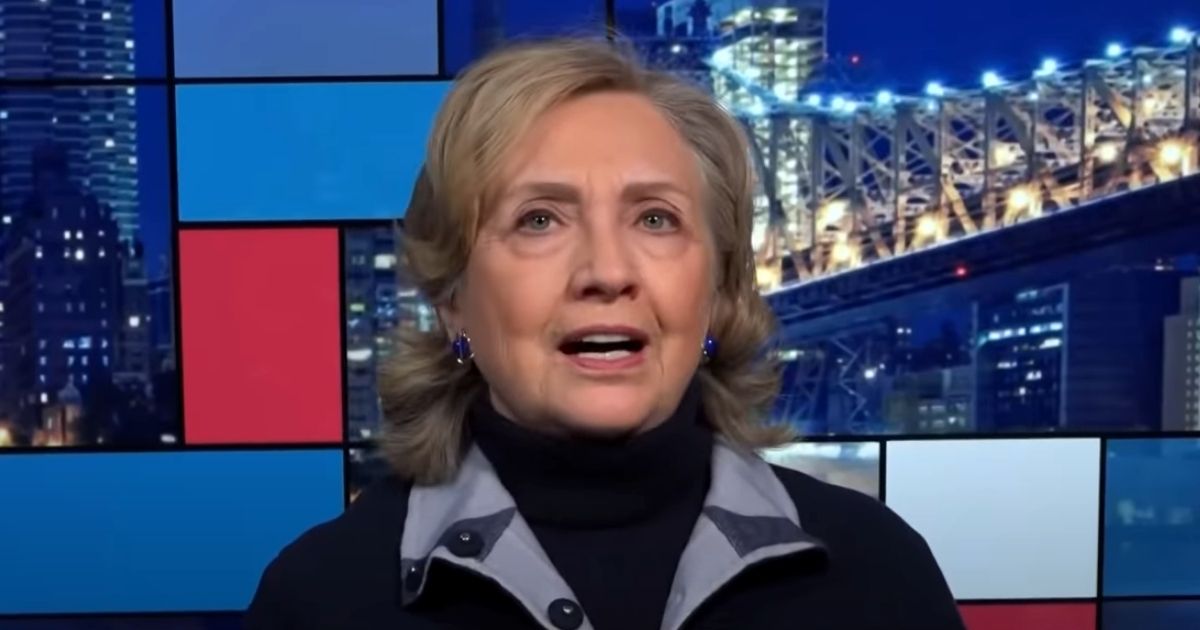 The following article, Hillary Clinton Manages to Spectacularly Fail at Debunking Story About Her Spying on Trump, was first published on Flag And Cross.

Court documents filed in special counsel John Durham’s investigation alleged Clinton campaign lawyers paid spies to monitor Donald Trump during the 2016 election and his presidency. The filing supported some of the claims Trump has been making for years.

After days of ignoring the reports on her Twitter feed, Clinton finally located an unlikely and unconvincing defender: the pop culture magazine Vanity Fair.

Seriously. Vanity Fair. As if that meant the case were closed.

Trump & Fox are desperately spinning up a fake scandal to distract from his real ones. So it's a day that ends in Y.

The more his misdeeds are exposed, the more they lie.

For those interested in reality, here's a good debunking of their latest nonsense.https://t.co/iYY8Uxuogx

Nothing more to see here! It’s a lie, because … well, she says so. You know. Reasons.

To lend more intensity to her assertions, in the tweet Clinton lumped Trump together with Fox News, another bogeyman for progressives.

The so-called Trump misdeeds Clinton referred to probably are on-going persecutions by the Jan.6 committee and New York state district attorney Letitia James. So far these partisans have produced smears and innuendos, but nothing in the way of evidence of real crimes.

Nonetheless, Clinton claimed that Trump was trying to escape his own scandals by inventing ones for her. Projection, much?

The Vanity Fair article “You’ll Never Believe It but Hillary Clinton Did Not, in Fact, Spy On Trump’s White House” is subtitled “In Less Breaking News, Donald Trump Remains a Moron.”

Ironically, the setup of the article described the accusations of spying as earth shattering, if they were true. Such an acknowledgment may come back to haunt Vanity Fair as Durham’s work continues.

As reported by the New York Post, the establishment media’s message continues to be that this action by Durham is unimportant. Away from social media, however, Democrats seemed less confident.

White House press secretary Jen Psaki did not answer questions about Durham and referred inquiries to the Department of Justice.

Clinton herself refused to engage with reporters when she was spotted on the streets of New York. The U.K.’s Daily Mail shouted questions, but were met with a blank stare and an awkward wave from a masked Clinton. (Note that it took reporters from outside the American establishment media to pursue this story.)

The special counsel’s developing case suggested Clinton was at the center of a vast criminal enterprise. Polls showed even a majority of Democrats wanted Clinton investigated for Russiagate.

Clinton may choose never to believe it, but if she did, in fact, spy on Trump’s White House, she remains accountable.

Vanity is not fair. It demands preferential treatment — like Clinton received during her entire political career.

What is fair is justice. And the latest revelations from Durham suggest it may be coming.

Continue reading: Hillary Clinton Manages to Spectacularly Fail at Debunking Story About Her Spying on Trump ...