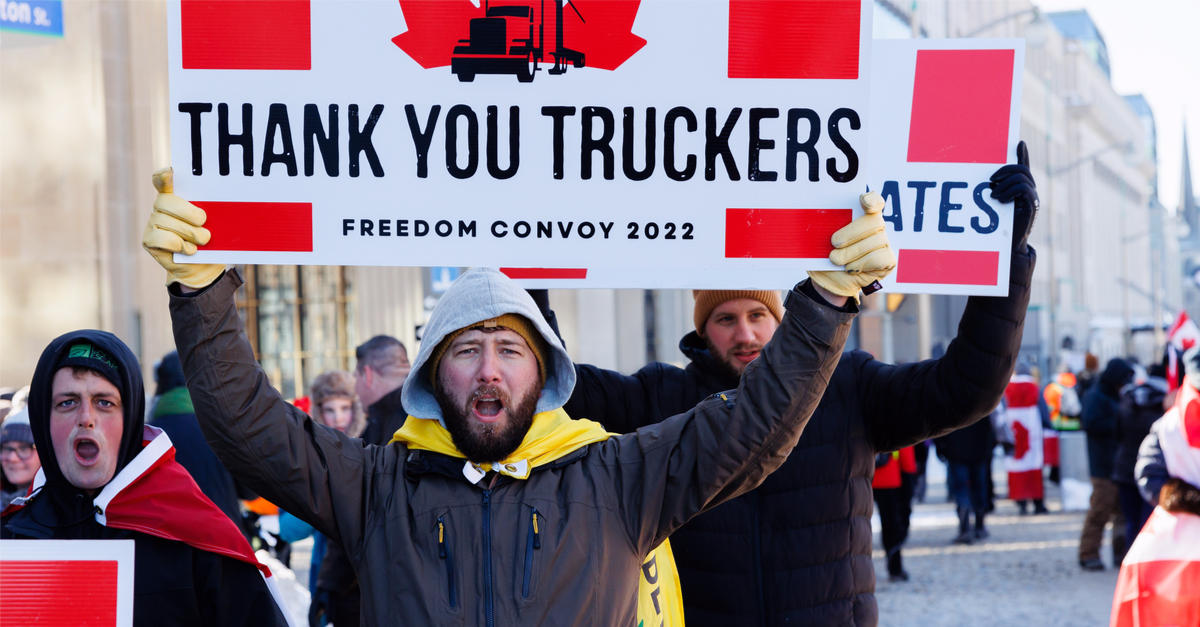 The crackdown of a peaceful protest in Canada’s capital city of Ottawa has begun, and under some truly disturbing circumstances.

The “Freedom Trucker” protest saw tractor trailer drivers from all over the nation converge near Canada’s parliament to demonstrate against a new requirement for all unvaccinated truckers to quarantine for 14 days after any trip back from the other side of the US border.

From the very beginning of the movement, there have been attempts by the Canadian government to vilify and demonize the protesters, with Prime Minister Justin Trudeau being dramatically carried off to some secret, secure location as though this was a horde of terrorists descending upon Ottawa.

Then, NPR had the audacity to misinform their readers by suggesting that the peaceful protest was a “siege”.

Police began arresting protesters and towing away trucks Friday in a bid to break the three-week, traffic-snarling siege of Canada’s capital by hundreds of truckers angry over the country’s COVID-19 restrictions.

The spirit of the protesters was not deterred by the arrests, however.

In an operation that unfolded slowly and methodically in the morning, officers were seen going door to door along a line of trucks, campers and other vehicles parked on Ottawa’s snow-covered streets.

Some protesters surrendered and were taken into custody, police said. Some were led away in handcuffs. One person being taken away carried a sign that read “Mandate Freedom.”

Many of the truckers remained defiant.

“Freedom was never free,” said trucker Kevin Homaund, of Montreal. “So what if they put the handcuffs on us and they put us in jail?”

The news comes as truck drivers in the United States were beginning to organize a similar demonstration that would converge in Washington DC in early March.