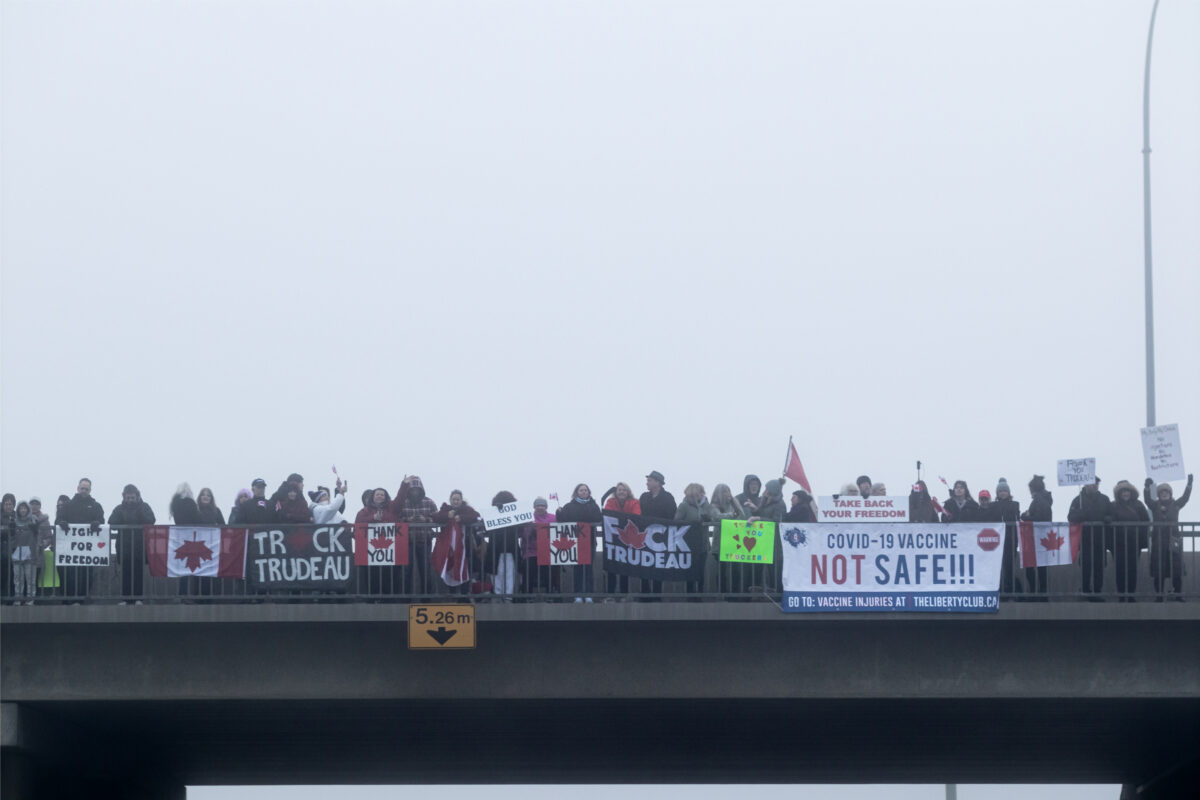 The following article, Watch: ‘Truckers for Freedom’ Revolt Spreads Fast as Another Convoy Appears, was first published on Flag And Cross.

With the hashtag “Truckers for Freedom” forging unity around the world, truckers are putting the pedal to the metal against vaccine mandates.

For the past six days, a massive convoy known as the “Freedom Convoy” has been making its way across Canada, led by truckers who began the journey from British Columbia to show their opposition to vaccine mandates that now require unvaccinated truckers who enter Canada from the United States to spend two weeks in quarantine.

“We’re done with the mandates, we’re tired of it, there’re other countries that are moving past it, and I think it’s time here, ” truck driver Chris Barber said as the convoy passed near Medicine Hat, Alberta, earlier this week, according to CTV.

Now, Austrailian truck drivers joining the battle and are forming their own protest with a “convoy to Canberra.”

Truckies plan to meet in each city, driving in convoys to the Capital where they’ll join outside Parliament at 10am on Monday.

The #TruckersForFreedom2022 has officially spread from Canada.

Barber noted the support the protesting truck drivers have received.

Truckers and their supporters were due to arrive Saturday in Ottawa, the nation’s capital.

“This thing has really taken on a life of its own,” said Jay Hill, interim leader of Canada’s Maverick Party and a former Conservative member of Parliament from Alberta, according to The New York Times.

Canadians set off fireworks last night as the truck convoy passed in protest against vaccine mandates and COVID restrictions. At over 70km long, Canada’s convoy shatters the prior world record for longest truck convoy ever recorded.pic.twitter.com/ujPYScL2Cw

“The vast majority of the people that have either come on board to participate in the truck convoy or those donating to support it financially have just reached a point of frustration and exasperation with these lockdowns and continuation of restrictions that they want someone to speak up and say ‘enough’ to the federal government,” he said.

Trudeau may have to redefine what a “small fringe minority” is…
It’s stretching from Manitoba to Ontario!
#TruckersForFreedom2022 pic.twitter.com/n90afOqUOU

“The small fringe minority of people who are on their way to Ottawa who are holding unacceptable views that they are expressing do not represent the views of Canadians who have been there for each other, who know that following the science and stepping up to protect each other is the best way to continue to ensure our freedoms, our rights, our values, as a country,” he said, according to the Independent.

But the convoy has drawn broad support as it moved east, passing under flag-bedecked overpasses and past cheering crowds.

Claudia Winterhalter, who chronicled her freedom journey on her Facebook page, offered one post that noted what the convoy was all about.

“Just to let you know: I love it when people disagree!  That shows, we are NOT sheep  Having your own stand and opinion makes this a free country!  That’s what we are fighting for  Freedom,” she posted.

@scrowder got to go live today

Up here in Canada. This is the biggest story in the world right now. Get Zello and listen to your audience. #TruckersForFreedom2022https://t.co/N2Q8SGuzmV

“I find it’s sad that people are losing their jobs because they have to get vaccinated. This is not what Canada is all about, it’s your choice.” the 54-year-old trucker from Orangeville, Ontario, said, according to the National Post.

She said what she is witnessing with the mandate harkens back to her childhood in what was then West Germany, when she saw the impact of totalitarian government on East Germany.