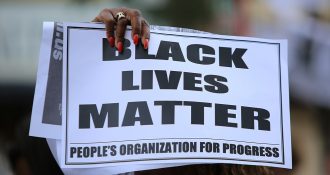 The following article, Millions in Black Lives Matter Donations have Disappeared as Leaders Resign in Disgrace, was first published on .

Millions of dollars in donations to Black Lives Matter have mysteriously disappeared as several of the group’s top leaders have resigned in disgrace.

Worse, there seems to be confusion about who is even in charge today. According to the Washington Examiner, the group’s tax forms do not match up and the remaining leaders can’t say who is the top person in charge.

“Like a giant ghost ship full of treasure drifting in the night with no captain, no discernible crew, and no clear direction,” CharityWatch Executive Director Laurie Styron said.

BLM co-founder Patrisse Cullors appointed two activists to serve as the group’s senior directors following her resignation in May amid scrutiny over her personal finances. But both quietly announced in September that they never took the jobs due to disagreements with BLM. They told the Washington Examiner they don’t know who now leads the nation’s most influential social justice organization.

“This is grossly irregular and improper for a nonprofit with $60 million in its coffers,” Kamenar said.

BLM previously came under fire from local black activists after the New York Post reported in April that Cullors, then its executive director, had spent $3.2 million on real estate across the United States. The reports followed BLM’s disclosure in February 2021 that it closed out 2020 with $60 million in its bank accounts.

This is exactly the problem, here. This so-called charity was a scam from day one, meant only to make its leaders millionaires.

It was never intended to help black people.