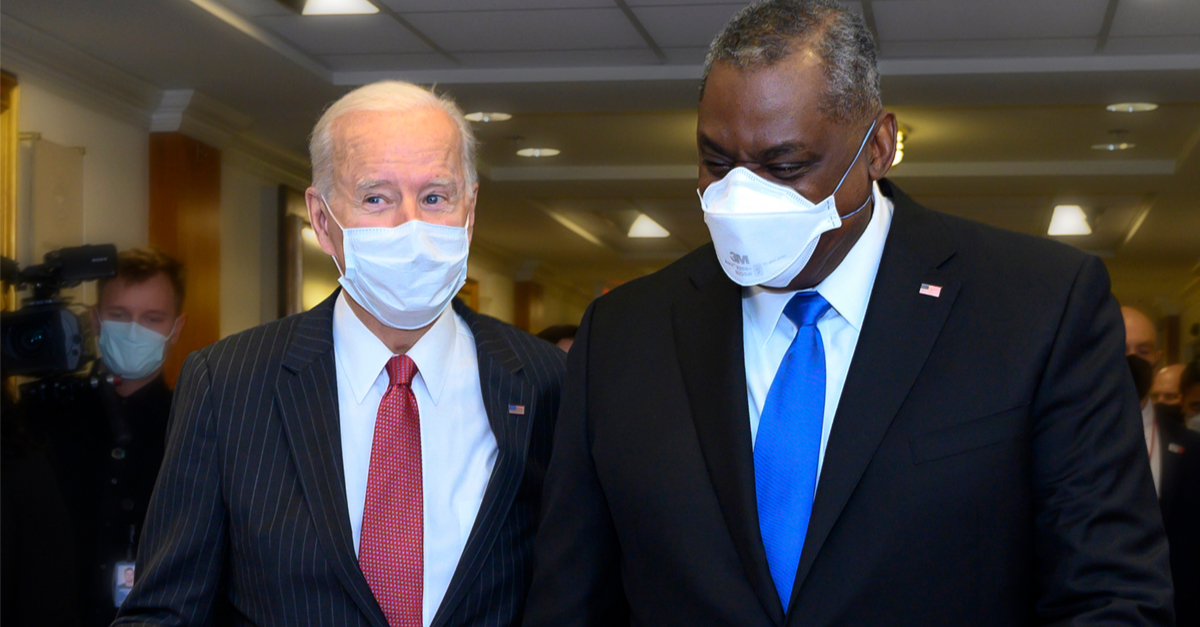 The following article, Pentagon’s Top Brass Issue Grim and Somber Warnings on Ukraine, was first published on Flag And Cross.

Despite having garnered the attention of the entire world for weeks on end, the situation developing between Russia and Ukraine appears no closer to resolution than it does to recklessness.

Russian leader Vladimir Putin is following his usual routine of obfuscating, denial, and projection, over and over again until all of our diplomatic heads are spinning.  But he can’t obscure and obstruct it all, and the recent arrival of military blood trucks to the border came with the ominous notion of blood trucks not lost on those observing the news.

Even the US military’s top brass couldn’t keep their concerns hidden.

Defense Secretary Lloyd Austin said Friday the buildup of Russian forces along Ukraine’s border has reached the point where President Vladimir Putin now has a complete range of military options, including actions short of a full-scale invasion.

“While we don’t believe that President Putin has made a final decision to use these forces against Ukraine, he clearly now has the capability,” Austin told a Pentagon news conference.

Austin spoke alongside Army Gen. Mark Milley, chairman of the Joint Chiefs of Staff, who said Russian forces near Ukraine include not only ground troops and naval and air forces but also cyber and electronic warfare capabilities, as well as special operations forces. He urged Putin to choose a diplomatic path over conflict.

“If Russia chooses to invade Ukraine, it will not be cost-free, in terms of casualties and other significant effects,” Milley said. He was referring to Russian costs, while also noting that Ukraine’s armed forces are more capable today than in 2014 when Russia seized Ukraine’s Crimean Peninsula and intervened in support of pro-Russian separatists in the eastern industrial heartland.

While Putin remains deceptively demure in the public eye, his mouthpieces in the Russia media have been taking things to a worrisome level, even going so far as to suggest that those opposing Russia’s invasion of Ukraine could find themselves “turned to radioactive dust”.

If we had a strong president like you-know-who, instead of a weak, vacillating, Alzheimer victim like Creepy Joe , this wouldn’t be happening.
Thanks cheating DemoSocialists for getting us in this mess.

No matter who strikes First, the Boomers will have the last say! Goodby Humanity!